One Momodou Jallow, charged with theft, was recently convicted and sentenced to pay a fine of D10,000 in default to serve one year in prison by the Bundung Magistrate Court, presided over by Magistrate Omar Jabang.

Meanwhile, the 2nd accused, Futa Jallow, was acquitted and discharged by the court.

The two were said to have stolen $3,000 and 100 Pounds Sterling at Brufut village in Kombo North, being the property of one Haddy Lowe.

The magistrate, in delivering his judgment, started by reading the charge sheet, which he said the accused persons denied.

The prosecution called three witnesses in support of their case, but no exhibit was tendered, he said.

The IGP was represented by corporal 3466 B. Sawanneh. 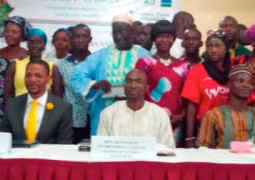