As the second in a series of talks regarding the subject of unity, the present article focuses on the concept of Muslim Brotherhood and its relation to a united Ummah. Through the use of Quranic verse and incidents found within the sacred history of Islam, the validity and necessity of Muslim brotherhood in our times is highlighted. With regard to how the hearts of believers are untied, one comes to understand that brotherhood in Islam is one of the greatest blessings granted by Allah to Muslims-a blessing that will continue in the Hereafter. Anything opposed to this blessing-such as nationalism and sectarianism-is an act of ingratitude with lasting consequences.

Hold fast, all together, to Allah’s cord, and do not be divided [into sects]. And remember Allah’s blessing upon you when you were enemies, then He brought your hearts together, so you become brothers with His blessing. And you were on the brink of a pit of Fire, whereat He saved you from it. Thus does Allah clarify His signs for you so that you may be guided. (3:103)

Our discussion throughout these speeches revolves around the idea of Islamic unity and bringing the Islamic madhahib together. In he first speech the issue of the “unified Islamic Ummah” was discussed

Indeed this Ummah (community) of yours is one Ummah, and I am your Lord. So worship (21:92)

THE BEGINNING OF THE UNIFIED NATION

I came across an important reference after my previous speech in regards to the unified Ummah. It is a strong piece of evidence which officially make it clear what the Noble Messenger (s) implied when he addresses the Muslims as a unified Ummah. It is found in Sirah ibun Hisham, which is actually a sirah (life history) written by Muhammad bin Ishaq who lived in the middle of the second century and was a student of Imam Sadiq (‘a) and Imam Baqir (‘a). He wrote a book entitle al-Maghazi which is one of the oldest biographies of the Prophet. Parts of this book remain and have been printed. A century after him, Ibn Hisham summarized ibn Ishaq’s work into a book and this has been passed down to us. It is considered one of the most reliable biographies of the Prophet and has been printed and annotated many times.

The method of the Prophet’s migration is discussed in this book. The Prophet migrated and gave his first Friday Sermon in Bani Salmah after which he entered Yathrib (present-day Madinah) and gave his second and third Friday Sermon there. Then, he made a contact between the Muhajirin (people who migrated from Makkah) and the Ansar (people who resided in Madinah). This contract is one of the most reliable and most important political documents of Islam, one worthy of being discussed separately. In it, the Prophet wrote: “This is a contract by Muhammad, the Prophet, between the believers and the Muslims of the Quraysh (i.e., the Muhajirin) and Yathrib (i.e., the Ansar) and those that will follow them. The first sentence of the contract is: “They are a single nation standing against all other nations.” In other words, these Muhajirin and Ansar and all those who are associated with them are one nation in the face of other nations. He then mentioned each tribe found within the Quraysh and in Yahrib and explained in detail the duties that they had to each other. He also explained the contracts the Ansar had with the Jews (of Bani Awf) and with the believers in terms of their mutual obligations. From the political perspective, they are considered one nation. All were ordered to be just and to refer to Allah and the Messenger (s) in their disputes.

It is suitable to narrate another sentence that the Noble Messenger (s) mentioned to the Muhajirin while in Makkah at the advent of his migration: “Verily, Allah has made for you brothers and homes that you will be secure in”. The Muslims of Makkah migrated in groups because of this prophecy.

THE PACT OF BROTHERHOOD BETWEEN THE ANSAR AND THE MUHAJIRIN

After this, again soon after the migration, there is another incident documented in Sirah ibn Hisham which is also very important. This incident is found under the subheading ‘Brotherhood between he Muhajirin and the Ansar’. This has a connection with Islamic brotherhood, which is the subject of today’s speech. In it, Ibn Hisham writes:

The Noble Prophet (s) said, “he Muhajirin and the Ansar will group up in pairs and become brothers in Allah’s path.” Then, he took the hand of ‘Ail ibn Abi Talib and said, this is my brother.” So, the Messenger of Allah-who was the leader of the messengers, the imam of the pious, and the messenger of the Lord of the worlds and who does not have a similarity amongst the worshipers-and Ali ibn Abi Talib become brothers.

Then Ibn Hisham mentions the companions one by one and says, “And Hamzah bin Abd al-Muttalib and Zayd ibn Harithah, the stepson of the Messenger, become brothers. Ja’far ibn Abi Talib and Ma’adh ibn Jabal become brothers. He then mentions the name of others and says, “Those who name reached me have been mentioned.”
It is important to note that first it was announced that the Muslims were a unified Ummah consisting of the Ansar and Muhajirin and anyone following them. Then, the brotherhood pact was established in order to strengthen the bonds between the Ansar and the Muhajirin and amongst the Muhajirin themselves. Although the title of the section in the book is between the Ansar and the Muhajirin, we see that some of these pacts of brotherhood were between two Muhajirin-for instance, the Prophet (s) was a Muhajir as well as ‘Ali (a); Hamzah, the Prophet’s uncle, was a Muhajir as well as Zayd ibn Harithah. Nonetheless, for the most part, the pacts of brotherhood were between one Ansar and one Muhajir. According to Ibn Hisham, these pacts implied real-life consequences: the brothers would inherit from each other and observe the rights of [blood] brotherhood until the end of their lives. 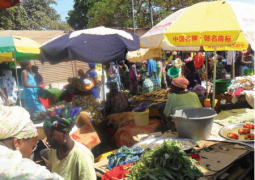 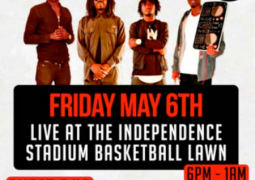 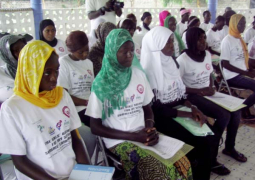