Women are the missing ribs of men, they are the mothers of every mankind, and no success can be done in their absence, because its God himself who made them what they are. God loves every living thing, but among them human beings are the most loved and respected one.

Women are best known to be very respectful, caring, hospitable, you name it.  So in this case it will be a big disappointment on the side of every person who believes in my opinion, to see or hear a woman to be pregnant, deliver and end up burying her baby alive, this act is barbaric heartless and evil.

According to the national TV () recently, two ladies gave birth and buried them, and when the matters were reported to the police and an investigation was conducted, one of the babies was said to be found alive.

This inhumane act has really brought shame and sadness to the women folk, though these women were impregnated by men but in this case those men's identities are unknown and are free of the shame whilst the burden lies on the women. I think with all the respect and dignity women have, they deserve something better than such an embarrassment.

In every action of a human being there must be a reason, as the lady from Brikama put it, that she don't love her husband and that was why she had no other option but to do what she did. Well, true or false, it is best known to her, but to my opinion that's not a solution to her problems.

In her case, if what she said is the truth, then her right had been abused by the people who forced her into that marriage, which is not in line with the protocol on the rights and welfare of women and girls.

Its high time for the society to recognize and accept the views of women/girls, and it is a duty of every individual, especially the parents, to give chance to girls to make their own choices in matters like marriage. I believe that every sane and mature person would agree with me that marriage is not a contract which can expire any time, or anytime you feel otherwise you can call it a quit, but instead a life time thing. So I conceive that in order to eradicate or reduce such a bad habit, there should be teamwork among all families. Every parent should engage his or her children in dialogue, and in doing so, mothers should be at the forefront in sensitizing the girl child on every issue, concerning about women's life. For example: good attitude, reproductive health, culture and norms, how to cope with problems that are out of hand, and the games sugar Daddies and other bad men play towards women. And if all these issues are addressed, changes will surely come and all these horrible things against their wishes will be a history, but in order to achieve these, the culture of silent has to be broken first if not their dream wouldn't come true.

The culture of silent has done more harm than good in African society, because many women feel otherwise in telling their daughters some issues of womanhood. For example when a girl started seeing her menstruation, the mother will only tell her do this and that and if she touches a man she will be pregnant, but she will not tell her directly that if she sleeps with a man she will be pregnant. Obviously every knows that touching a man will not make some one pregnant, but they instead feel shy. Those days are gone, because now a days every man wants to marry a good and responsible woman and if a girl is not trained to lead a good way of life, how can one expect that girl to be admirable to people in future.
Lack of mother to daughter dialogue has resulted to many problems like prostitutions, teenage pregnancy, murder and the like. And if any of such cases happens, the blame only goes to the mother, hardly the question of who the father is.

Any child who did a wrong thing people normally say the mother is careless that's why that happened, or the mother didn't take her marriage seriously.  But when a child is well trained and adopt a wonderful attitude, then will belong to both the parents.

Though not all men have this habit, but 75% of them

In the absence of dialogue, the girl-child can do anything she feels like. It can also make them to feel uncomfortable to tell the mother of her problems, and before it comes to the mother's knowledge its late.

Many bad things are happening to girls and young ladies of which if there had been dialogue between mothers and daughters would not happen.

For real, men are responsible of all these girls' pregnancies, and at the end, some of them being ungrateful, and heartless, deny it altogether. These are the times when some fathers will start saying all sort of words to them and the mother or sometimes drive or disown her.  These are of the thing which some girls, if they can't cope with, the only option that comes to their minds is either to dump or kill the baby which is terrible and against human rights.
And they would live in the world of 'had I known', which as the saying goes, shall never be known.

After such a shame brought to the family, the mother will no longer have peace from the father, forgetting that the girl belongs to both of them.  As such, women should try to redouble their efforts in bringing up of their families and be patient and train their girl-child to live decent lives by being the children's watchdogs. Mothers should be conscious of the fact that any rubbish done by the children, the blames end up to them.

Girls of today, please wake up and beware that the world is advancing. You have a brighter future ahead of you, but you can only achieve it when you prepare yourself for it. You have to be educated, have self-respect and esteem, polite and give respect to others. The concept is that if are educated you can hold any position that your opposite sex occupies, hence becoming a role model.

Religious leaders should make it a point of duty to make sure they elaborate more on the consequences of bad deeds, it can be another way of reducing such bad attitudes among the young. If all these efforts are put in place, I guess the society move forward and there shall be a better future. 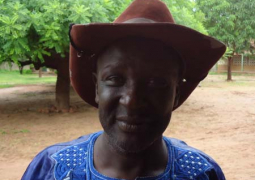