The United Youth Association, in collaboration with their American counterparts Side-by- Side and Service for Peace has awarded the Point Newspaper, the Daily Observer and GAMCOTRAP in their second edition of accolade to deserving institutions, at a ceremony held at Bakau Newtown Community Centre over the weekend.
The rationale behind the initiative, according to the organisers, was to encourage and recognise the great contributions of various institutions to the cause of young people in the country, and to also serve as a source of inspiration to others.
The award ceremony also witnessed the awarding of at least 60 volunteers of the United Youth Association, who have been rendering selfless services to the country over the years.
Meanwhile, the volunteers received three categories of awards, including platinum - 150 hours of selfless service, gold and silver.
Addressing the awardees, Beverly Berndt, the founder and adviser of the organisation, said since its inception they have contributed a lot to national development, adding that young people should be empowered in order to achieve their aims and objectives.
Madam Berndt disclosed that they recognised the vital role young people play in any society, while urging them to redouble their efforts in order to impact greatly in national endeavours.
She also noted that her organisation has also embarked on sensitisation campaign in different schools about issues affecting them which, she said, include illegal migration teenage pregnancy, youth development, and character education, among others.
For his part, Mr. Ebrima Jadama, Representative of Women Federation for World Peace, spoke on issues pertaining to youth development, and how they can contribute to national development.
He urged youths to engage in community service while dilating on irresponsible sexual behaviours.
Mr. Jadama, however, revealed that young people should desist from sex before marriage, adding that drug abuse has a fundamental setback on youths.
Hatab Federa, the Secretary-General and Musa Conteh, the President of United Youths Association, both expressed similar sentiments.
They both gave a brief background of the association and its activities among other important issues.
The award was received by Sainey Marenah, on behalf of the Point Newspaper who expressed delight in receiving such an award.
He said "the award manifests our paper's encouragement to youth empowerment by creating a youth column."
Share Article
Share on Facebook
Share on Twitter
Share by E-Mail
Share on Pinterest
Share on LinkedIn
Share on WhatsApp
Previous:
Dirty Banknotes
Next:
Advance School holds Graduation 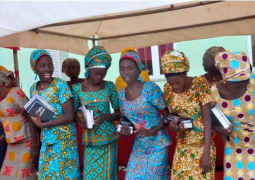 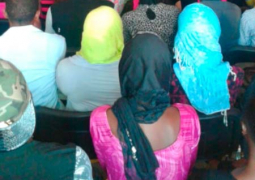