He fulfilled your command to the fullest possible extent and strived more than any man to please You. He guided the people without resting for one moment, and he was never lax in this regard. He did not conceal Your message from anyone, a message he [himself] accepted wholeheartedly. He persevered in executing Your orders until people’s inner beings becomes illuminated under the auspices of Your creed. He taught all people the secret of Creation and existence and lit the dark facets of life with his effulgence. Those who had gotten submerged in the morass of sedition d insurrection became peaceful and tranquil, and people who were plunged in ignorance were set free. (Ibid, p.101).

His course of action is resistance fortitude and his method is guidance and beneficence. His speech is victorious and audible, and his command is fluent and just. (Ibid., p. 139)

The Noble Prophet (s) persisted a lot in giving advice ad instruction and continued on this course of action and called on all people to [see] reason, wisdom, and goodly exhortation. (Ibid., p. 140).

…until God appointed Muhammad (s) to the Prophetic Mission and gave him the certification of all people and ordered him to give the good tidings of divine reward to doers of good and to warn the malevolent of divine retribution. In his infancy, he was the best of created beings and in his old age, he was he most beloved of all, His temperament was purer then that of any impeccable man, and his acts of generosity were carried out secretly and far beyond the expectations of the requesters. (Ibid., p. 151).

….his mission in life is performing the good, and his anticipation is death with salvation. He considers the world a place of suffering and describes the resurrection as a court of justice and a place of giving account of one’s actions; he calls heaven his reward and the recompense of other immaculate people….. O God! Make this magnanimous messenger the source of blessings, happiness, and tranquility for Your creatures. (ibid., pp. 153, 1540).

A wise doctor who prepared his ointments, lancet, and other tools to the best possible extent and placed them in blind hearts, deaf ears, and dumb tongues. (ibid., p. 156).

And Muhammad is that same chosen, immaculate servant and messenger of His. His virtue and magnanimity are far beyond measure and his prophethood cannot be compensated with anything. In his presence, this boundary and borderline was transformed into light after being infected with misguidance and darkness; he banished ignorance, cruelty and disorder from it… (ibid., p. 210).

….he [is] the Seal of the Prophets (a) and the one entrusted with divine revelation. He is the giver of the glad tidings of God’s mercy to the pious and the warner of the divine retribution in that world to the impious. (ibid., p. 247).

More beautiful and perfect descriptions [of the Prophet] cannot be found than these, and there is no particular one amongst them that can be preferred over another. We will now quote some traditions on this topic with brief explanatory remarks after each series. They have been classified under the following titles as general examples in the life of the Noble Prophet (s):

One: General Customary Mercy and Kindness to One and All

This notion is also commonly found in the supplications of the Imams (a) from the Ahl al-Bayt.

It has also been reported that the Noble Prophet (s) said, ‘One day that God created the havens and the earth, he also created a hundred mercies, each of which is in a layer between the sky and the earth. From among these mercies, He placed a [particular kind of] mercy for the earth from which a mother shows mercy to her child and wild animals and birds show mercy to each other, and when the day of resurrection comes He will complete it with this mercy.’ (Muslim, ibid., p. 2109, hadith no. 21; Musadrak al-Hakim, vols. 1, p. 56, 4 .p. 247).

This is [God’s] custom pertaining to existential maters; the legislative (shari) implication, however, must also be in line with and equivalent to this existential fact.

According to Ibn Mas’ud. ‘Thus we see the Prophet of God narrating the story of Prophethood when his people [physically] hit him and whilst cleaning the blood from his face, he was saying, “Forgive my people for they do not know what they are doing”.’ (Ibn Hanbal, ibid., vol 1, p. 441, Muslim, vol. 3, p. 1917, hadith no. 1792).

This same mercy and kindness is extended even to aggressive unbelievers.

Jabir ibn Samarah has narrated, ‘I performed my first ritual prayer with the Noble Prophet (s). After the prayers he went to see his family, and I followed him. Two of his children came to welcome him. He caressed their cheeks and then caressed mine as well, and I smelled something like a perfume in his hands. ‘(Muslim, vol. 4, p. 1814, hadith no. 80).

The strongest affectionate relations, therefore, are established among believers.

Malik ibn al-Hawirth has narrated, ‘We a number of youths of the same age, want to the Noble Prophet(s) and stayed twenty nights with him. The Noble Prophet (s) through we were missing our families, so he asked us about our families and each one of us told him [about our families]. The Noble Prophet(s) was full of affection and love, and said, “Go back to your families and teach them Islamic instructions. You should perform the ritual prayers in the same way that you saw me performing them. When the time for prayers comes, one of you should stand up and recite the call to prayer and the eldest of you should take of leadership of the prayers”.’ (muslim, ibid., p 465, hadith no.466; ‘ilal al-shara’I, p. 326 hadith no 2).. ........ 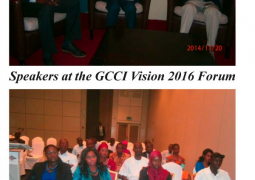