We have written over and over, in this column, that journalists are partners in development and not enemies of the state or the powers that be.

What we have seen in this country and other countries around the world, especially in Africa, is that when the journalist writes a favourable report, from the perspective of the powers that be, he or she is applauded as a good boy or girl.

However, when the reports are critical, the journalist is vilified and branded as public enemy number one.

This should not be the case, as journalists everywhere see themselves as partners in nation-building.

Yet, all this comes down to the question of freedom of expression and Press Freedom, in particular.

The media have their own code of conduct, and should be allowed to operate within their code of ethics; any extra-professional regulation is overkill.

As we enter yet another election period, we would like to urge the authorities and all stakeholders in the electoral process to ensure that the media functions effectively in a hassle-free environment.

Journalists should be allowed to cover and report objectively on the forthcoming elections without any intimidation or harassment.

The more the media is gagged, the more and more rumours and insinuations will fly about, to the disadvantage of everybody - both the government and the people.

This is the plain fact, because when freedom of expression is tampered with or restricted, democracy suffers and, as a result, those whom democracy is supposed to serve also suffer.

The only people who benefit from restrictions on press freedom and freedom of expression are those in power, and those who have some secrets they wish to keep hidden.

Where the press is free, then democracy is fully at work.

“Let it be impressed upon your minds, let it be instilled into your children, that the liberty of the press is the palladium of all the civil, political, and religious rights”. 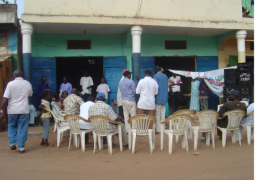 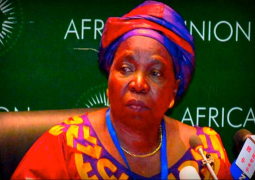