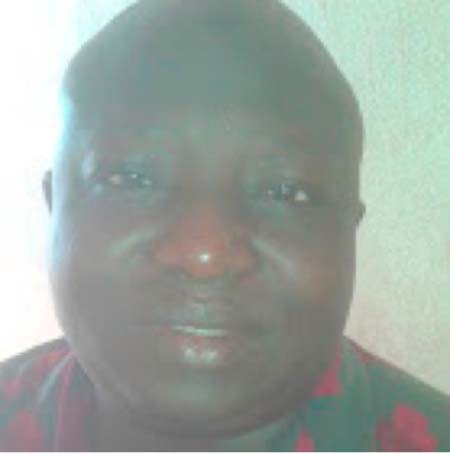 We will start this article with a quotation from the Canadian Bar Association, with regard to Canons of legal Ethics, which states that:-

“The lawyer is more than a mere citizen. He is a minder of justice, an officer of the courts, his clients advocate and a member of an ancient, honourable, and learned profession.

In these several capacities, it is his duty to promote the interest of the State and serve the courts of justice, maintain the authority and dignity of the courts, be faithful to his clients, candid and courteous in his intercourse with his fellows, and true to himself”.

In and other words the lawyers’ role is an integral factor in the administration of law and justice delivery.

Now we will use this quotation as an intellectual super-high way to take us all the way to Friday 24 March, 2017 The Standard News Paper edition captioned “JUSTICE, INTERIOR CLASH OVER NIA CASE”.

If our Constitution is of any standard to be used, by virtue of Section 85(1) states:-

“The Director of Public Prosecutions shall have power in any case in which he or she considers it desirable to do so, and subject to the approval of the Attorney General –

(a)        to initiate and undertake criminal proceedings against any person before any court for an offence against the law of The Gambia;

(b)        to take over and continue any criminal proceeding that has been instituted by any other person or authority;

(c)        to discontinue, at any stage before judgement is delivered, any criminal proceeding instituted or undertaken by himself or any other person or authority:

A similar but more convincing provision, is sub-section 85(4), which is an entrenched clause, re-affirmed the constitutional role of the Attorney General in criminal prosecution matters. Thus Section 85(4) reads:-

(4) In the exercise of his or her functions under this section, the Director of Public Prosecutions shall be subject to the direction or control of the Attorney General.

However, in our own Criminal Justice System, it is never the same as is the case in other jurisdictions.

From my readings, i think it is a constitutional deficiency or a lacuna in our law books for us not having in our organic law or any other law for that matter that clearly prescribed whose role is to investigate and whose role is solely to prosecute.

However, that is not the case here, if Section 8(1) of the Criminal Procedure Code is of anything to go by with, which reads:-

“In making an arrest the police officer or person making the arrest shall actually touch or confine the body of the person to be arrested, unless there is a submission to the custody by word or action”.

According to this piece of legislation, the job of arresting is in the domain of the Interior Ministry.

To further buttress this point, is Section 69 of the CPC – Method of instituting criminal proceedings. Section 69(1) provides:-

“Criminal proceedings may be instituted in one of the following ways –

(a)        by a police officer bringing a person arrested with or without a warrant before a Magistrate upon a charge;

(b)        by a public prosecutor or a police officer laying a charge against a person before a Magistrate and requesting the issue of a warrant or a summons; or

(c)        by a person, other than a public prosecutor or a police officer, making a complaint as provided in subsection (3) of this section and applying for the issue of a warrant or a summons in the manner hereinafter mentioned.

(3) A person, other than a public prosecutor or a police officer, who has reasonable and probable cause to believe that an offence has been committed by a person, may make a complaint thereof to a Magistrate who has jurisdiction to try or inquire into the alleged offence, or within the local limits of whose jurisdiction the accused person is alleged to reside or be. The complaint may be made orally or in writing signed by the complainant, but if made orally shall be reduced into writing by the Magistrate and when so reduced shall be signed by the complaint.

(4) The Magistrate, upon receiving a complaint under subsection (3) of this section, if he or she is satisfied that prima facie Latin – (at first glance/sight) the commission of an offence has been disclosed and that the complaint is not frivolous or vexatious, shall draw up or cause to be drawn up and shall sign a formal charge containing a statement of the offence or offences alleged to have committed by the accused.

(b) drawn up under the provisions of subsection (4) of this section,

the Magistrate shall issue either a summons or a warrant, as he or she deems fit, to compel the attendance of the accused person before the court over which he or she presides, or if the offence alleged appears to be one which he or she is not empowered to try or inquire into, before a competent court having jurisdiction:

Provided that a warrant shall not be issued in the first instance unless the charge is supported by evidence on oath, either oral or by affidavit.

Now against this backdrop, arresting and investigating agent to a greater extent is the police officer and to a lesser extent the public prosecutor.

This further begs the question “who is a public prosecutor?”

To understand this question, the answer lies in who is a private prosecutor? According to Section 85(5) of the 1997 constitution, states:-

“In this section, “private prosecution” means a prosecution instituted by any person or authority other than –

(a)        the Director of Public Prosecutions or any person acting under his or her direction or control;

(b)        a police officer in the exercise of the functions of his or her office, or

(c)        an officer in the public service in the exercise of the functions of his or her office”.

So a public prosecutor is no other person but the personnel or an authority mentioned in Section 85(a) (b) and (c) of the 1997 Constitution.

Now what do we do as lawyers and consumers of law. Do we either call this conflict of laws or do we have to align ourselves to the doctrine of “Supremacy of the Constitution” and thereby go with the flow as per Section 4 of the 1997 Constitution which states:-

We think the need arises for us to dispense with the “colonial justice system” which is not reflective of our societal needs and values. We should bear in mind that laws are never the same at any given place or time.

In deed it is high time for us to take stock of our Criminal Justice System, and if possible take the epistemological approach by having a critical study of its validity, methods, and scope.

Sadly, some of these laws that we are devoted to or worship like Holy Scriptures are no longer in use in the English Criminal Justice System. Some are archaic and obsolete. They belong to the past.

What next? I may leave that to the readers’ digest.

On the flip side of the coin, we should not forget the fact that we as a nation, don’t have the forensic medicine or medical jurisprudence in determining the cause(s) of death as the law requires. Notwithstanding these challenges, that should not prevent us from taking ad interim measures to see that justice is seen been done.

We are with the view that the two ministries should synchronize their modus operandi with that of their modus vivendi. Meaning there has to be a practical compromise between their methods of operating, and a working arrangement in order to get the desire result.

We are also with the view that, we think with the efforts made by both sides into conveying a press conference could have been better be utilized into working as a formidable team for the best interest of justice.

Besides, to a greater degree, there is no way that our Criminal Justice System can be summum bonum Latin – (supreme good) to the world over.

On the much talk about i.e. constitutional amendment of Section 62 of the Constitution that dealt with the removal of the upper age limit to presidency, we still maintain the constitutionality of the procedure.        Therefore, we hereby urge the President to give the Bill the justice it deserves. To either act within the spirit of Section 100 (5), or 100 (3). If he (The President) acted within 100 (5), that metamorphosis the Bill into a law, and the words of enactment shall be “Enacted by the President and the National Assembly”, and if he chooses to act within 100 (3), which is time bound.

The President shall state the reasons for the request for reconsideration and if any, any recommendations for amendment of the Bill.

All will agree with me that government anywhere is constituted of different components of complex units. Every efforts should be geared towards synchronizing those efforts so as to get the desired result. Also there has to be a policy framework that will be used as a working manual or template for policy direction. With that in place there will be a proper coordination of these complex units to achieve the common good. If the policy is already in placed then let’s fine-tune it and obtain optimum performance.

In the final analysis, we choose to write, because the public is divided, and equally the legal fraternity is also divided on the positions of these two great talents.

Arguably, the two gentlemen agreed on the principle of law, but hold divergent views on the application of the law i.e. adjectival/procedural law; the law of the laws, and nothing more.

We are very much appreciative of the professionalism of the Justice Minister, he is a product of International Criminal Justice System.

Per contra, we respect the courage and fidelity of the Interior Minister.

These two distinguished personalities are great assets to any civilized nation, and they will form a great team in the future and they will be celebrated. For us we don’t want to walk into the arena of the blame game.

“To err is human and to forgive is divine”

I will conclude this article, by saying no more than this. 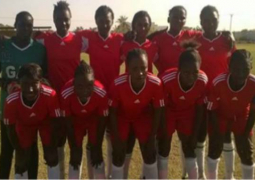