The midnight in my life

Midnight marks the beginning of a new day and the start of another. One begins where another starts. It is a solemn moment, thick with silence. All is quiet and serene. Such an atmosphere lends itself to deep reflection; most thinkers cherish such moments for the unfolding of their thoughts - away from the din and bustle of our busy and overcrowded existence. The midnight in our lives draws attention to the difficulties, trials and challenges we may encounter in life. It is dark and worrisome. The overhanging clouds fail to go away and we toss and tumble with our thoughts. They overpower us sometimes as we ask. ‘When will it ever end?’ ‘Will we survive this travail? ‘

Well Paul and Silas, valiant apostles of our Lord Jesus were preaching the good news in first century Philippi when they encountered their midnight after they were thrown in prison for delivering a slave girl who was demon-possessed. “Once when we were going to the house of prayer, we were met by a slave girl who had a spirit by which she predicted the future. She earned a great deal of money for her owners by fortune-telling.” (Acts 16:16)

She had been following Paul and Silas for days, harassing them with; “These men are servants of the Most High God who are telling you the way to be saved;” (Acts 12:16) When they could not take it any longer Paul rebuked the spirit in her. “In the name of Jesus Christ I command you to come out of her.” (Acts 16:17) At that very moment the spirit left her. This was the beginning of their troubles.

For depriving the owners of their source of revenue, they were seized and dragged both of them to the marketplace to appear before the magistrates who ordered that they be stripped and beaten under the false accusation of “These men are Jews, and are throwing our city into an uproar by advocating customs unlawful for us Romans to accept or practise.” (Acts 16:20-21) Before long, they were thrown in prison under trumped-up charges! Sounds familiar! They were put under maximum security as trouble makers. Worse they were put “in the inner cell with their feet fastened. Otherwise, in chains.

Then “about midnight,” as Paul and Silas “were praying and singing hymns to God” to the hearing of the other inmates, “Suddenly there was such a violent earthquake that the foundations of the prison were shaken. At once all the prison doors flew open, and everybody’s chain came loose.”  (Acts 16) Cause and effect! For sharing the word of God in their bid to save souls lost to strange beliefs, traditions and superstitions Paul and Silas were unjustly thrown into prison. Besides, the crime committed did not match the sentence administered. “Blessed are you when people insult you, persecute you and falsely say all kinds of evil against you because of me.” (Matthew 5:11)

Paul and Silas did not wallow in the mire, they did not grumble or weep; they found comfort in the Lord, yes, they sang praises to the Lord. If you can sing praises to the Lord instead of lamenting over your circumstances then your faith cannot be broken, it is unshaken. You know in whom you believe because he will roll away every stone causing hindrance in your life. Their faith paid off very high dividends. God manifested his power on their behalf as the prison gates swung open, setting them free from undeserved bondage. There is power in praise that is confounding. When we lift the name of the Lord, when we are not ashamed to show in whom we believe and in whom we put our trust, God comes on the scene and everything scatters. Anything that does not confess the name of the Lord vanishes.

Singing praises in prison at midnight is a rather unusual behaviour. We sing praises when we are happy not when we are sad. We rejoice over our victories not over our defeats. But Paul and Silas are teaching us that whatever the circumstances, we should give praises to God because he is in full control. When we do, he will make a way for us where there seems to be no way. To think that we can handle a situation better than God would is foolhardiness. Our God is Omnipotent, Omniscient and Omnipresent - all the characteristics of an incomparable God.

But you may say that Paul and Silas are not ordinary people. Yes, they were. The story was put in the Bible to tell us so. It is not about them, but about God reacting to their faith. Even the expression of your childlike faith can bring the power of God on the scene. Faith is something we build up by spending time with the word and believing in our hearts that at the height of our troubles God is faithful. He will make it right if we put the emphasis where it belongs, on him not us. “I lift up my eyes to the hills - where does my help come from? My help comes from the Lord, the Maker of heaven and earth. He will not let your foot slip – he who watches over will not slumber nor sleep.” (Psalm 121:1) 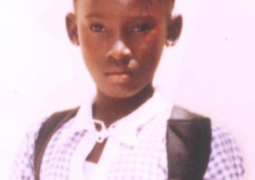