The EU funded Access to Justice and Legal Education Project, in partnership with the National Council for Law Reporting, hosted a gala at the Cocoa Ocean Resort and Spa in the Bijilou on 27 September, to mark the launching of two sets of legal publications.

The publications took 18 months of preparation and cooperation between the Project and the Ministry of Justice.

The gala was attended  by high-level dignitaries  including, among others ,  His Excellency the Ambassador of the European Union , Atilla Lajos, and the Attorney General  and Minister of Justice Mama Fatima Singhateh.

These reported cases contain the decisions of these courts, verbatim, and stand as the Law of The Gambia as legal precedent that may be cited as legal authority in legal proceedings going forth. The Access to Justice Project, funded by the EU, not only led the preparation of these legal resources in cooperation with the National Council, but it also funded the printing and delivery of 1000 copies to the National Council for distribution.

The strengthening of the jurisprudence  of The Gambia is only one of many programs of the EU funded  Access to Justice and Legal Education Project which is  contributing €10 million (equivalent to over GMD 446 million) which includes: (i) Access to justice and legal education, (ii) Journalism and the media, and (iii) Public financial management. 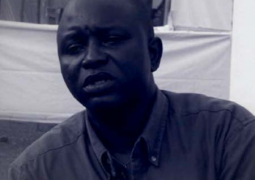