A successful Nigerian businessman once decided to transfer from a very strategic commercial city of the country to another city which was fairly dry in terms of commerce. The movement of this man was a source of surprise to his many associates and acquaintances especially when it was clear that his success could be accounted to by the strong connections and stronghold he had made in the commercial city. This movement of his has however taken place just after a serious religious violence that disturbed the peace and security of the inhabitants of the business city. When questioned on the rationale behind his surprise shift of base, our man made it clear that in as much as he cherishes a green pasture he prefers a safe pasture. Yes, we want success, wealth and the rest of the good things of life, but there is nothing that we prize as our own life and safety. We are so eager about where and how our own safety is guaranteed, and that is the primary thing that God our maker and saviour sets out to do for us. We might temporarily be hungry or in need, but there is something that the Lord has assured us and that is our safety and eternal satisfaction because he is the one that has committed himself to us as the shepherd and guardian of our lives. May the following sections of God’s word help us always to look up to the Lord for life and security: Prophecy of Jeremiah 23: 1-6;  Ephesians 2: 13-18;  Psalm 22(23) and the Gospel of St. Mark 6: 30-34.

God our father has always been very keen about the welfare of his children. He created man in his own image and likeness and he wanted nobody to be lost. When He went into a holy covenant with the great patriarch Abraham and through him with the rest of his descendants, he was just setting in motion, the course of salvation that he intended for the whole of mankind. It was for this reason that in the course of the affairs of the Old Testament, he made an extra effort to see that no member of his chosen race of old was lost. Throughout the different stages of their history, he provided them with judges, priests, prophets and kings in line with the need of each particular time. For judges in their days, God normally insisted that they judge with sincerity and justice in such a way that not even the least of his people is in want of justice and fairness. For priests, he always wanted them to offer such a pleasing and perfect sacrifice in such a manner that the needs of all are presented before the Lord and their sins atoned for. For prophets, he always insisted that they mediate his word to whoever among his people that is in need of it while the kings in their own time had the duty of seeing that the welfare of each and everyone of his people is their primary concern. God took it as a very grave offence for anyone to whom he has entrusted the safety and welfare of his people to exploit anyone of them in any way or to allow even the least to go astray. He talked about the harsh judgement that he intended to hand on to those who have not properly discharged their offices of seeing to the safety of his people and his future plan of remedying the harm they have done. The prophecy of Jeremiah had it like this:   “Doom to the shepherds who allow the flock of my pasture to be destroyed or scattered – it is the Lord who speaks. This therefore is what the Lord the God of Israel says about the shepherds in charge of my people. You have let my flock be scattered and go wondering and have not taken care of them.  Right, I will take care of your misdeeds  --  it is the Lord who speaks, but the remnant of my flock I have dispersed them and will bring them back to their pasture.  They shall be fruitful and increase in number. I will raise up shepherds to look after them and pasture them, no fear no terror for them any more not one shall be lost, it is the Lord who speaks.” (Jeremiah 23: 1-4).

Yes God is our true shepherd and guide. Al those he has given responsibility over us are meant by him to protect us and to see to our safety and welfare.  Failure to do so is a lack on their own side which God would not take lightly. No need therefore for us to feel afraid or insecure in the presence of any earthly authority or whoever it may be since it is God, the author of our life and guarantor of our safety, who is always entirely in charge.  We could always be in solidarity with the psalmist in his heartfelt assurance of his life and safety in the Lord as he states: “The Lord is my shepherd there is nothing I shall want.  Fresh and green are the pastures where he gives me repose.  Near restful waters he leads me to revive my drooping spirit.  He guides me along the right path he is true to his name. If I should walk in the valley of darkness no evil would I fear. You are there with your crook and your staff, with these you give me comfort.”  (Psalm 23). Let us not forget that one ground for our own life, safety and salvation is that we ourselves equally guarantee the life, safety and salvation of those entrusted to us.

In Christ Jesus our Lord, God our Father became more committed in a very personal, direct and practical way to the welfare and salvation of each and everyone of us. Even when God chose the Israelites of old, he was only planning for the days of Jesus Christ when salvation would cease to be something temporal but something permanent and no more something limited to a single race but something universal, extended to everyone of whatever race and section of humanity.  This is what Jesus Christ did when on coming into the world, he cared for everyone, took the sin and welfare of all to himself, united and saved the broken and lost humanity through the blood of his cross. Stating what Jesus Christ has achieved through his life and death for our life and salvation, St. Paul made the following declaration to the Ephesians: “In Christ Jesus you that used to be far apart from us have been brought very close by the blood of Christ. For he is the peace between us and has made the two into one and broken down the barrier which used to keep them apart actually destroying in his own person, the hostility caused by the rules and decrees of law.”  (Ephesians 7: 31-14).  In Christ, we are secured, in Christ we are united, in Christ we are saved, for he is the eternal shepherd under whose care God has entrusted each and everyone of us and that is why as the Gospel reported during his ministry, “as he stepped ashore, he saw a large crowd and he took pity on them because they were like seep without a shepherd and he set himself to teach them at some length”. (Mark 6:34). 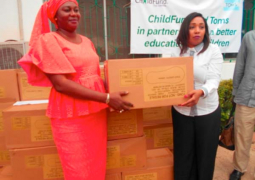 Man convicted for injuring a cow