EDUCATION, OR TRAINING WHICH ONE SHOULD PRECEDE?

As we have already seen, man is born at birth with tabula rasa, meaning with a blank mind. Our overt senses are canals through which we come in contact with nature and acquire our knowledge. Regarding this, Aristotle has said

“Anybody deprived of a sense will suffer the deprivation of the related knowledge.” In this way, we notice that the born deaf are deprived of speech. This is because they have not received the speech signals from others to be able to use them. Concerning this Moulawi has said,

A born deaf is definitely dumb. A speaker is the one who heard the words from his mother. Elsewhere Moulawi says, “Man is made more capable through his ears”. This is why the born blinds can not perceive colors. Thus, the first things which relate a man to his environment are his senses, or in the terminology employed in the Qur’an.

They are the ear’s eyes and hearts. Then comes the growth of our capabilities and purification of our self (soul). But the thing to remember is that science is a means for the control of nature and for the unveiling of the secrets of the creation; whereas purification is a means for the control of our vicious, unyielding self (soul) and for shaping our personalities. No doubt, if our souls are not controlled, then science will be used for the destruction of the world. We would rather leave a drunkard negro possess the sword than a shrewd have science at his disposal. There is a maxim which says:

Only in one verse is the term “education” used prior to the word purification and that is because of the natural priority which the mechanism of education has for us.

(2) “Certainly Allah conferred a benefit upon the believers when He raised among them an Apostle from among themselves, reciting to them His communications and purifying them, and teaching them the Book and the wisdom, although before that they were surely in manifest error.”

(3) “He it is who raised among the illiterate an Apostle from among themselves who recites to them His communications and purifies them, and teaches them the Book and the wisdom, a though they were before certainly in clear error”.

(4) God in a verse narrates on Ibrahim’s prayers having asked God to:

“Our lord! And raise up in them an Apostle from among them who shall recite to them thy communications and teach them the Book and the wisdom, and purify them; surely thou art the mighty, the wise.” As you notice, in the first three verses purifying precedes educating, but in the last verse the order has changed. As we see purifying precedes educating and this is shown in the first three verses.

But naturally education precedes purification and this is shown in the last verse. But some have assumed that since the fourth verse is among Ibrahim prayers and the Qur’an has just narrating it, therefore, it is man’s talk and for this reason may not be a criterion. They continue to assume that because the other three verses are truly God’s speech and since purification has preceded education, therefore, it is true.

Thus, training and purification should precede education. But this statement is improper in that a messenger like Ibrahim would not perform a prayer without considering the right method used by other messengers. He would not act immaturely. He is one of the prominent messengers whose statements are verified by God. Leveling such accusations against them would be an insult to them. This is especially true when we observe that the narrated words are in the Qur’an.

Therefore, what is said does not include any contradiction. The arrangement of words, therefore is definitely based on some philosophical considerations. Thus, in answer to the question: which one should precede, training (purification) or education? We should answer “education” naturally precedes training, but education is higher than training in rank. That is why the above-mentioned verses have used one prior to the other.

THE BASES AND PHILOSOPHY OF ETHICS.

Why some deeds such as sacrifice, forgiveness and chastity are considered proper and some others such as injustice, lying, macro mania, and treason are doomed. What are the criteria behind these judgments? Scholars have differing concepts toward these issues. Each one has a specific view on these questions depending on their world-views. Some of these conceptualizations follow:

THE SCHOOL OF PERSONAL SENSUALITY:

Both in the past and at the present there have been philosophers who believe in nothing except pleasures of life. They say, “The future is uncertain; death might arrive at any moment and may destroy our life. Therefore, we should make best out of our time.” The forerunner of this school was Socratic’s student name Aris Teep.

According to this school, any action which satisfies man’s temporary pleasures is considered an ethical action albeit in its satisfaction some other people get hurt. But this approach to life degenerates man to animal status and is a disregard for the Hereafter.

Too much involvement in the mundane enjoyments does away with security in life and the poor will suffer the most. Since material pleasures can not satisfy man’s spirit, and their satisfaction is neither possible nor beneficial, therefore to found ethical deeds over transitory desires is one step toward nihilism and avoidance of ethics.

THE EPICURISM OR PERSONAL EXPEDIENCE

Epicure, the Greek philosopher (270-341 BC), too, put personal interests as the foundation of ethics. He did not mean temporary or transitory pleasures, however. He is after a pleasure which either lacks later suffering or involves little amount of suffering. He believes man should shun a suffering which does not contain pleasure either now or later. Epicure has divided pleasures into three groups:

Natural  and necessary pleasures, such as eating, drinking and sleep;

Unnatural but unnecessary pleasures, such as sexual drive;

Natural but Unnecessary pleasures, such as desire for fame and money. 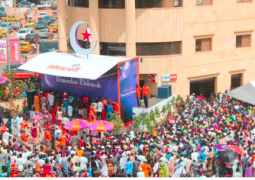