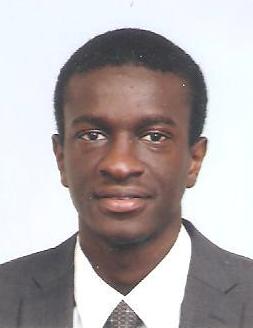 When the Rome Statute was passed in 1998,creating a permanent international criminal tribunal to try the most serious crimes of international concern, even delegates to that conference remained pessimistic about the success of such a bold step.

At the forefront of such concerns was the perception that the ICC will end up as a tool for settling political scores. Nonetheless the court became operational in the year 2002, modelled largely on the existing International Criminal Tribunal for the Former Yugoslavia and the International Criminal Tribunal for Rwanda. Presently, all ICC cases are focused on Africa and Africans. As a result its relationship with Africa has been an important denominator in its work.

From Kenya’s decision to withdraw from the court to the African Unions reported decision to bar all sitting African heads of state from standing trial before the ICC, it is an opportune timeto look at ICCs relationship with Africa and some of the broader issues it raises.

Perhaps a good starting point would be the controversy surrounding the ongoing trials of the President and Vice President of Kenya at the Hague in relation to the post-election violence that ensued in Kenya in 2007.Kenya has announced its decision to withdraw from the ICC. The withdrawal makes it almost impossible for the ICC to open future investigations in Kenya. It however does not affect, at least overtly, the current judicial process against the Kenyan president and vice president. Perhaps realizing such a limitation, Kenya petitioned the African Union precipitating the recent extra-ordinary summit of the AU. As a result the AU has decided to ask the UN Security Council to exercise its powers under article 16 of the Rome statute and defer the Kenyan trials at the ICC. The African leaders have also resolved that no sitting African head of state should stand trial at the Hague.

For the Kenya case, the AU has a point. These are two individuals (current president and vice-president) who have been voted into office in a democratic election. All this happened whilst the ICC charges were alive. The development should be used as a stepping-stone to promote national reconciliation by the International Community. Indeed, it can be argued that their election is a clear demonstration of the majority of Kenyans readiness to move on from the post-election violence and turn a new page. The Kenyan people deserve leaders who are fully focused on their responsibility of governing its people. The choice of the Kenyan people must be respected.

On the broader perception that the ICC is unfairly focusing on Africa and Africans, the court is always quick to point out that some of the cases were referred by African governments. This position does not sufficiently address the issue. The issue is are Africans the only people committing serious international crimes? A quick glance through current affairs around the world suggests an emphatic No to that question. The International Criminal Tribunal for Rwanda and the Special Court for Sierra-Leone are both International Courts that were set-up to deal with atrocities committed during the Rwandan Genocide and the Civil War in Sierra-Leone respectively. As a result high profile individuals such as Charles Taylor, former president of Liberia and Jean Kambanda, former prime minister of Rwanda were successfully tried and convicted. Both courts had their own challenges, but the African union never put up the sort of resistance to them as it is manifesting towards the ICC. A simple answer would be this: those courts were country specific whereas the ICC has a broader reach and it is the perceived reluctance of the ICC to fully assume that broader mandate, by seemingly focusing on Africa alone, that is derailing its credibility in Africa.

It is worth noting however that whilst African criticisms of the ICC are not unjustified, Africa also needs to get its house in-order. A lot of time and resources have been invested in confronting the ICC by the African Union-such as the recent extra-ordinary summit on the ICC in Ethiopia-but very little has been done to setup a viable, concrete and effective alternative to the ICC. There was talk of setting-up an African criminal court but the idea does not seem to be driven by the same passion and determination that often characterizes African Union opposition of the ICC. It is evident that Africa does not have a good track-record of appropriately dealing with human rights abuse. The African Commission for Human and Peoples Rights, a front line human rights body in Africa, offers a good example. Whilst this body has issued decisions penalizing various human rights abuses in the continent, many of those decisions have not been fully implemented largely due to lack of will and cooperation by many African governments. A similar challenge faces other African Human Rights Bodies.

The recent backing of investigations into alleged mass atrocities against former Chadian president Hissene Habre, by the African Union, in Senegal offers some hope that international criminal justice has a future in Africa.

Supporting domestic investigations and prosecutions is important considering that most African countries, even where the will exists, are unable to provide the requisite human and material resources needed to fully investigate and prosecute serious international crimes. Therefore a pooling of resources, by the AU, to fund an effective continental court (with jurisdiction over serious international crimes) or support domestic initiatives can be the way forward.

Malick Jallow is a Lawyer and has worked at the International Criminal Court.

Winners of 2011 US Ambassador’s Debate announced