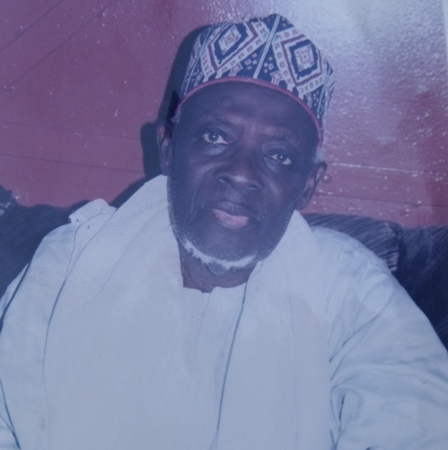 Sir Alieu Sulayman Jack, first Speaker of the House of Representatives in Banjul (now the National Assembly) and second Governor General of The Gambia yesterday passed away at his Churchill’s Town residence at the age of 88.

The late Sulayman Jack, who was laid to rest the same day at the Old Jeshwang cemetery, served in various capacities in government. He was elected first Speaker of the Senegambia Confederation, and also served twice as Minister of Works and Communication.

Speaking at the family house, former President Sir Dawda Kairaba Jawara, while paying his condolences to the bereaved family, recalled the days he worked with the late Sir Alieu Sulayman Jack. He said the deceased served as Speaker of the House of Representatives and Governor General of the Gambia.

He described his demise as a great loss to The Gambia, and prayed for the departed soul to rest in peace.

According to Alhaji Cham Joof, the late Sir Alieu entered politics in the late 1950s as a member of the Bathurst Young Muslims Society, and was elected councillor for Half-Die ward.

“During his tenure in office as a councillor, there was an affray between the supporters of United Party (UP) and Banjul Muslim Congress,” Alhaji Cham Joof recalled.

“As a consequence of the affray, PS Njie, was removed as minister of education as a result of his allegations against the police force for not doing their job properly,”

He told our reporter that when the Gambia became independent, the late Sir Alieu Sulayman Jack was, during the immediate post colonial period, appointed Governor General of the Gambia, and was the one who assented to the instrument of the Republic of the Gambia to become a Republic.

Sir Alieu was also elected Speaker of the House of Representatives after the country gained its independence from British colonial rule.

Alhaji Cham Joof also pointed out that the late Sir Alieu Sulayman Jack and former President Sir Dawda Jawara were knighted by Her Majesty the Queen.

He further revealed that the late Sir Alieu was a successful trader for the firm Maurel and Freres, V9 Peterson and later formed his own company, the National Trading Corporation.

Alhajie MC Cham, who was also a close ally of the deceased, described the late Sir Alieu Sulayman Jack as very instrumental in establishing the PPP, in Banjul and environs.

“He was a role model, who the young ones looked up to. I could remember when Sir Dawda Jawara was appointed Premier, he was always at Sir Alieu’s office at

He noted that the late Sir Alieu has significantly contributed towards the socio-economic development of the Gambia.

Omar Amadou Jallow alias OJ, current leader of the PPP party, said the late Sir Alieu was the first chairman of the Young Muslims Congress in Banjul. “But well before that, it started as Banjul Young Muslims Association and they invited the late IM Garba Jahumpa to make him a political leader before the late Jahumpa, who was a teacher then, became the leader of the Muslim Congress.

Ismaila Faal, a member of NAHNU ANSARULLAH Professional Foundation in which the late Sir Alieu Sulayman Jack was the Honorary Life President, said the late Sir Alieu was very instrumental during his lifetime. “He devoted all his life in helping young people to make them better persons,” Mr. Faal stated and, on behalf of the foundation, prayed for the departed soul to rest in perfect peace.

He is survived by his spouse, Yai Marie Cham Jack, and several children.