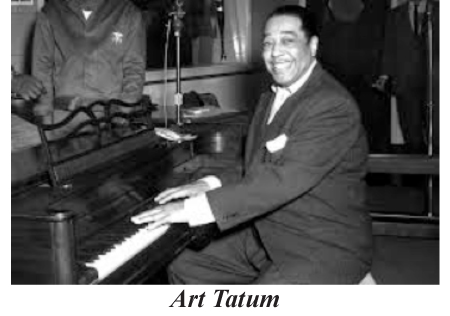 The month of April is Jazz Appreciation Month in the United States. Each year during this period, Jazz is celebrated throughout the United States in Communities, Schools, Concert Halls, and Night Clubs and in the street.

Lectures are given, Concerts are held, Films are shown and many activities are staged to promote and nurture the appreciation of Jazz. The history of Jazz is endless and its influence has reached all corners of the globe. Here in the Gambia, we continue to do our little bit to promote jazz music and jazz appreciation.

In previous notes we observed that the piano is the fundamental instrument of jazz, and its use in the making of this music has become standard and structured. The relationship of the piano to the evolution of jazz music was more glaring and significant in Harlem, N.Y than any other place during the development of jazz.

Harlem in the late 20’s was a society balancing between two extremes. Only a few years back, Harlem was predominantly a white neighborhood of European immigrants mainly of the Lutheran church. They were descendants of the early Dutch settlers, and the name Harlem comes from a city in the Netherlands with the same name.

In the years following the end of the Second World War, the demographics of the neighborhood began to change with African- American migrants from the south joining refugees from the overcrowded tenements in midtown Manhattan.

Earlier on, in the late 20’s, 70% of the real estate in Harlem was under black control and this bustling little city within a city gave birth to what we now know as the Harlem Renaissance.

However, this development also brought about another Harlem less glamorous and less fortunate. It is true that the Harlem Renaissance created an ideology and a cultural context for jazz, but what is greatly underrepresented, is the Harlem of “rent parties” and the underground economies which created music.

Rent parties were a special passion for the community but their very existence was avoided or barely acknowledged by most writers of the Harlem Renaissance. The emerging black middle and upper classes were ambivalent about vernacular elements of African-American culture and at times explicitly hostile towards it.

Many great jazz notables such as Duke Ellington and Cab Calloway got their start in the business in the so-called speakeasies of Harlem which was the battleground of two visions of black artistic achievement. For while there was the Harlem of literary aspirations, there was also the Harlem of Jazz and Blues.

The piano was oftentimes the battleground of these visions of black artistic achievement, and was to Harlem what brass bands had been to New Orleans. The Harlem stride piano was the instrument of choice and stood as a bridge between the ragtime idiom of the turn of the century and the new jazz piano styles that were evolving. The development of boogie-woogie in the 20’s and 30’s which became more popular in the 40’s, expanded the vocabulary of African-American piano and propelled the style to its highest pitch as unaccompanied keyboard music.

One of the most lauded masters of the Harlem stride piano and indeed of boogie-woogie was a guy called Art Tatum. He was a complex and controversial figure who was in many ways ahead of his time. His vision of jazz music was initially inspired by the Harlem stride tradition, which served as a foundation on which more complex musical superstructures could be built.

He represented the finest flowering of the Harlem stride tradition, but was also responsible for bringing the death knell of this movement. For while developing his mature and unique style, he also exhausted all the possibilities of the stride piano movement, forcing other modern piano players that came later to move into other directions in order to work their way out of the massive shadow of this seminal figure.

As a result, much of the musical vocabulary that was developed by Tatum remains unassimilated by later jazz pianists. Unlike the influence of Dizzy Gillespie and Charlie Parker, Tatum’s legacy still sits in probate waiting for a new generation of pianist to lay claim to its many riches. His role and contribution to the history of jazz is clouded by his virtuosity as he was often criticized for his showmanship and gratuitous displays of technique.

Tatum’s importance to jazz is due to his advanced musical conception and also to his finger dexterity. His speed and clarity of execution was unmatched and the harmonic components of his playing were exceptional.

He was born in Toledo, Ohio, on October 13, 1910, far away from Harlem and the other centers of jazz. He was afflicted with cataract in both eyes and underwent several operations in his youth which eventually restored sight to one eye. Throughout his life, he only enjoyed partial sight to his right eye and remained totally blind in his left eye. However, as in the case with most blind musicians, Tatum compensated for his blindness with an acuteness of hearing that at times seem preternatural. He amazed his mother at the age of three when he picked out melodies on the piano that he heard her sing at a choir rehearsal. Soon after that, he was imitating jazz pieces he heard on radio and from other piano players. He attended the Toledo School of Music, and while there, his mother and his teacher at the school tried to steer him towards a career in classical music. He demonstrated an extraordinary talent for playing concert music , but was already attracted to jazz, and by the age of sixteen, he was busy working around Toledo while performing on a local radio station.

The news of Tatum’s piano prowess was starting to reach other parts of the jazz world, but the musicians in Harlem were not prepared for the impact he made when he travelled to New York as an accompanist to singer Adelaide Hall in 1932.

During those days in New York, the local piano titans decided to test the mettle of the newcomer from Toledo. He was invited to a nightspot in Harlem where the greatest masters of stride including Fats Waller, James P. Johnson and Willie the lion Smith were ready to do battle. They took turns playing and when it was Tatum’s time to play, he dazzled them with a rendition of the famous song “Tea for Two” full of harmonies and sweeping runs which left the audience speechless. He was followed by James P. Johnson with his favorite song “Carolina Shout”, and then came Waller with his song “Handful of keys”. After a few takes, the final verdict was no longer in doubt. Waller would later say that Tatum was just too good and had too much technique which made him sound like a brass band all by himself. Johnson would also remark that when Tatum played “tea for two” that night, it was the first time he ever heard it really played.

A few months later Tatum made his first records which included two pieces he had played at that Harlem contest. Over the next three decades, Tatum recorded frequently putting down over six hundred tracks as soloist and bandleader.

However, despite the many virtues of his music in the 1930’s and 40”s, Tatum is best remembered for a massive recording project he did under the direction of producer Norman Granz towards the close of his career. He recorded over two hundred tracks, mostly done in a single take over the course of several marathon sessions.

In this body of work, he was featured both as a soloist and in collaboration with other jazz greats including Ben Webster and Roy Eldridge. In the early 1940’s, Tatum did some informal sessions with a guy called Jerry Newman which showcased him in a more relaxed and uninhibited mood at various nightspots in Harlem. Here, he could be heard playing, accompanying and even singing the blues.

Those performances were playful but majestic and breath -taking, giving credence to the view that Tatum was at his best when playing “after hours”. In 1949 Tatum performed at the Shrine Auditorium in a memorable concert where he astonished the audience doing double-time work on the song “I know that you Know” playing at a tempo of well over four hundred beats per minute.

Tatum was often criticized for having a limited repertoire of mainly sentimental and popular ballads with preference for ornamenting the melody of the piece rather than constructing original improvisations. In spite of all the criticism, Tatum’s legacy is rich and full of accolade. In November 1956, a short while after finishing the recording project with Granz, he died in Los Angeles.

In 1985 a survey of jazz pianist, placed Tatum comfortably on top, suggesting that despite the passing of decades, and the changing tastes with the emergence of new masters of the keyboard, Tatum had lost none of his power to astonish, inspire and at times dismay other practitioners of the art.

We hope you enjoyed reading this article as we look forward to celebrating Jazz Appreciation Month this April. You can also listen to Jazz on the radio on City Limits Radio every Saturday at 10pm. This piece is in memory of the late Bishop Telewa Johnson who was an avid jazz lover and a supporter of this column.

Ous Jallow's Brondby IF lost to AIK Stockholm in pre-season 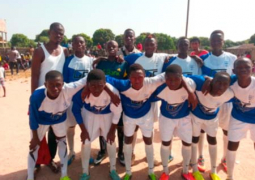