There continue to be conventions, coalitions, and conferences all held in its name. Hundreds of politicians have discussed, debated and even come to agree on possible solutions armed with which we might stand and face its impending challenge.

Thousands of scientists have released studies, statements, and reports documenting its harmful, and possibly even catastrophic consequences for all of the world’s biodiversity.

Experts said that Africa is already vulnerable to climate variability. “Small rises in temperature and reductions in rainfall could ‘tip the balance’ and lead to severe water shortages and reductions in crop yields.”

Often, African governments have placed climate change at the bottom of their national priorities. This has to change, if they are to make any progress in dealing with the alarming trends.

Thus, the necessity for African governments to put pressure on the developed countries to support them in their fight against climate change.

‘‘Climate change is a terrible problem, and it absolutely needs to be solved. It deserves to be a huge priority.’’

Franco extends his stay in Gambia 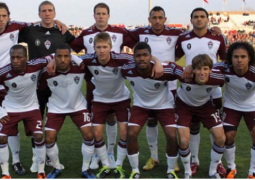