According to the sources, Mr Ceesay was rearrested last Friday, and no reason was given for his re-arrest, up to the time of going to press.

Teranga FM, a local community radio station, is well known for its press reviews in the Gambia languages, using news gathered from the independent press.

It would be recalled that Mr Ceesay was initially arrested and detained from 2 to 15 July 2015, before he was released by the National Intelligence Agency (NIA). 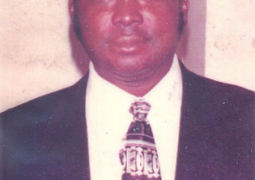