In her launching statement, Mariatou Njie said the goal of the telefood projects is to improve the livelihoods of poor families by enhancing agricultural production and promoting added value, thereby allowing them better access.

Njie added that telefood is FAO’s global efforts to raise awareness about hunger and food insecurity and it also an efforts to mobilize resources for hundreds of hunger - fighting projects and one of the responses to 1996 world food summit’s call to action to eradicate hunger.

Njie stated that although significant progress has been made towards the world food summit goal of halving the number of hungry people by 2015, more needs to be done, as more resources need to be channeled into agriculture production and rural development in general to increase income levels of the rural people.

Njie applauded the head teacher of Gunjur Community Pre-school Kaduba Bojang and his staff for the initiative.

Badubah Bojang, said telefood improves the livelihood of the poor through agriculture cash and food and raises the level of agriculture and the life of people, since it contributes towards the economy of the country.

Mr.Bojang stated that since telefood was established in 1997 it has raised awareness in food insecurity campaign and small projects as well as improved food production and agriculture.

For his part, the Alkalo of Gunjur, Alhagie Sulayman Touray, expressed optimism that the project will meet its objectives.

He seized the opportunity to thank head teacher Badubah Bojang for establishing a telefood poultry production in his school. Other speakers include Alhagie Sheikh Seban Cham, who expressed similar sentiments. 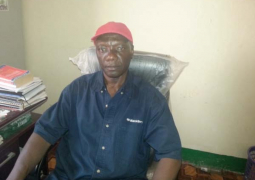