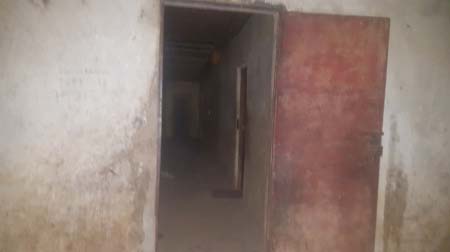 A 54-year-old teacher, identified as “Oustass’’ Ebrima Ahmed Ndow of Abuko Upper Basic School was found dead in his house at Jarju Kunda in Abuko on Wednesday evening, The Point can reliably report.

He was believed to have died in his house for at least three days before his body was discovered.

Fatou Manneh, a resident of Jarju Kunda, said she came to notice that Oustass Ndow had died because of a terrible odour that engulfed the compound.

“While going around the compound, I come to realise the bad smell coming from the deceased’s house. I then summoned courage to call neighbours to help break the window, and we found him dead,” she explained.

She added that she then rushed to Abuko Police Station to report the incident who then called the Fire and Rescue Service who came and removed the body.

No foul play is suspected according to service personnel who managed the unfortunate incident.

Mrs. Manneh said, “Since his six years stay in the compound, one hardly sees him (Oustass Ndow) arguing, while describing him as a pious Muslim who was very down to earth.”

Madam Marian Williams, principal of Abuko Upper Basic School, described the incident as shocking, saying she was about to go the garden when she received the sad news from her caretaker.

Madam Williams described Oustass Ebrima Ahmed Ndow as one of the best teachers in the profession. “He was always punctual, regular, hardworking and very reserved”, she said of late Oustas Ndow.

The deceased was laid to rest in his home town of Fass Njaga Choi in Lower Nuimi District, North Bank Region. He left behind a wife and two children.

Meanwhile, efforts to reach the police spokesperson ASP Lamin Njie for comments proved futile at the time of going to press.

In a similar but separate development, a dead body that was unidentified has been found at an isolated compound at Old Yundum yesterday.

According to our sources, he was found dead in a house before the attention of the police was called for investigation.

Efforts made to get the police confirmation proved futile.

Pa Modou Cham contributed to reporting of this story. 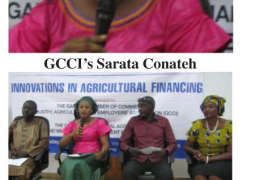 GCCI, GCAV on refinancing drive for agriculture in Gambia