Magistrate Janneh-Njie of the Banjul Magistrates’ Court on 8 February 2017 ruled against the prosecution, in the case involving Ebrima B. Njie and Edrisa Manga, both prison officers.

Ebrima B. Njie and Edrisa Manga were alleged to have aided Abdoulie Ceesay, former Managing Director of Taranga FM Radio, to escape from custody.

The ruling followed the objection made by the defence counsel, Patrick Gomez, when the prosecutor applied to tender the cautionary statement of Ebrima B. Njie.

The defence counsel argued that the document sought to be tendered by the prosecutor should be rejected by the court, because no proper foundation had been laid.

When the case was called, prosecutors Jarju and Jaiteh announced their representation for the state, while Lawyer Patrick Gomez represented the accused persons.

Ebrima Bah, the sixth prosecution witness, was asked to tell the court what he knew about the case. He said he lives at Sukuta and works at the Gambia Police Force under the Serious Crime Department.

He further stated that he endorsed and read the statements to the accused persons, who also thump-printed.

He said he could identify the documents if they were shown to him, which he did.

At that juncture, prosecutor Jaiteh applied to tender the cautionary statement of Ebrima B. Njie.

Lawyer Patrick Gomez objected to the application made by the prosecutor.

He argued that the document had not been obtained voluntarily, which was fundamental.

He stated further that the document sought to be tendered did not bear the letterhead of the Gambia Police Force nor did it have its stamp, referring to section 31 of the Evidence Act.

He adduced that according to section 31 of the Evidence Act, cautionary and voluntary statements could be in a form of oral or written statements, which should be done voluntarily by the accused.

He further argued that the accused persons were under threat and were not asked if they wanted their statements to be recorded.

He urged the court to disallow the application made by the prosecutor.

Prosecutor Jaiteh replied that the argument of the defence counsel was not based on law, referring to section 31 (2) of the Evidence Act.

He stated further that despite the fact that the accused could not write his statement, what was written was translated to him in a language he understands in the presence of an independent witness.

He submitted that the said statement sought to be tendered was valid by virtue of section 31 (2) of the Evidence Act.

He further stated that the argument of the defence was a mere technicality, urging the court to disallow the objection of the defence.

Since the document sought to be tendered was rejected by the court, the court ordered for a voire dire (trial within a trial) to determine the voluntariness of the cautionary statement.

In the voire dire, the witness said he did not know how long the accused persons were in custody.

He denied that the accused persons were detained several times before obtaining their statements.

He also denied that he forced Ebrima B. Njie to write his cautionary statement. 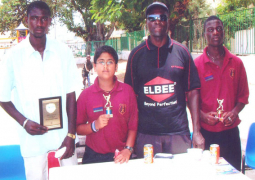 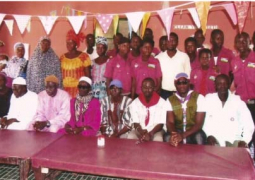