One Buba Njie of Tanji village was on arraigned before the Brikama Magistrates' Court presided over by Magistrate Kayode charged with stealing.

According to the particulars of the offence, on at Tanji village, the accused Buba Njie, stole D325.00 being the property of one Alasana Njie.

Testifying as prosecution witness, Alasana Njie told the court that while he was lying in his bedroom he heard a noise inside his shop. He said as he got up to find out, he saw the accused picking some items inside the shop, adding that the accused abandoned the items and took away some money amounting to D325.00. He added that the accused was hence apprehended and taken to Brufut Police Station. 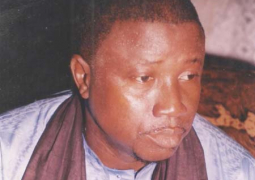 President Jammeh off to the US