s Red Cross Society has received donations in excess of NT$1.1 billion (US$372 million), since Saturday, for earthquake relief in .
On Friday, the Red Cross collected more than NT$788 million in a televised fundraising show called "fight and smile", the organization said.
Before the telethon, in which President Ma Ying-jeou, his wife Chow Mei-ching and several celebrities participated, the Red Cross had collected a total donation of NT$350 million, it said.
During Friday's show, Chow helped to man the 120 phone lines on which viewers were calling to pledge donations.
The slogan, "fight and smile", was inspired by a father of two daughters living in the earthquake-stricken in . Their home was partly damaged by the magnitude -9.0 quake that struck off Miyagi, northeastern , on March 11.
Meanwhile, in another development, telethon raises US$26 million more for quake relief, CAN reports.

A legion of Taiwanese celebrities, singers and politicians attending a televised fund-raising show Friday to help the people affected by the disasters in Japan has collected more than NT$ 788 million (US$ 26.63 million) as of midnight, according to the organizers.
Celebrities including Chow s First Lady, were on hand to man 120 phone lines as viewers called in to make donations that began at 8pm and would run until 1am Saturday.
One of the largest sums of donation came from an anonymous entrepreneur, who pledged NT$50 million for the families of the Japanese workers who have tried to prevent a catastrophic meltdown at the Fukushima Daiichi nuclear power plant.
Earlier in the telethon, President Ma Ying-jeou said that of all the reports he had read about the disaster, the story about the emergency workers, who are likely to sacrifice their lives to prevent massive leaks of radiation, was one of those that moved him the most. Ma contributed NT$200,000 to the relief effort.
Several of s famed companies also lent their support. Hon Hai Group pledged NT$200 million, Chimei Innolux Corp promised to offer US$2 million, Formosa Plastics Corp NT$50 million, Fubon Financial Holding Co. NT$36 million, Yulon Group NT$20 million, and Victims of Taiwan’s 921 Earthquake of 1999 donated NT$110,000.
President Ma, the first lady, Premier Wu Den-yih, Taipei Mayor Hau Lung-bin, Tainan Mayor William Lai also took part in the charity drive working as phone operators.
Yahoo! Taiwan also launched an Internet fund-raising event under the same name of "Fight and Smile". By midnight, more than NT$16 million has been pledged. On Thursday, a similar telethon raised over NT$114 million.

As of last Monday has donated NT$100 million (US$3.39 million), as well as relief goods, in addition to sending highly trained specialist search and rescue teams to Japan. 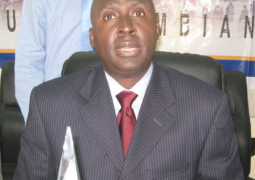