There is an absolute need to have a more systematic approach in identifying, assessing and reducing the risk of disasters in the country.

The National Disaster Management Agency, NDMA, and its partners must intensify their efforts, especially in the beginning of the rainy season, to make adequate preparations towards mitigating the effects of natural disasters.

We also urge people not to settle in waterways since when it floods they may be vulnerable to disaster.

In the same vein, we acknowledge the efforts of the NDMA who in collaboration with ECOWAS in 2010 adopted guidelines for the establishment and strengthening of model national platforms for disaster risk management in ECOWAS member countries.

Such efforts by the agency clearly show the high political commitment to disaster management and risks reduction by the government.

Without the requisite political commitment at the highest level, supported by adequate budgetary provision, the success of disaster risk reduction intervention at the national level would remain a day dream.

Disaster risk management should be seen as a development imperative and priority, as it supports the achievement of development goals, the PRSP goals, and the MDGs.

Considering the severe effects of disasters, during rainy seasons, it is imperative for us as a country and people to take more concrete measures to reduce people’s vulnerability.

It is important to provide a broad-based analysis of issues in order to demonstrate the value of disaster risk management as an important driver of development.

Yes, it is one thing to have structures, but that alone is not enough. What is key is to lubricate these structures to make them truly functional, and to adequately serve their purpose.

The increasing occurrence and severity of disasters, whether natural or man-made, have no doubt constituted a negative impact on the socio-economic development of the country.

Serious floods can make several people and many communities displaced, and as a result life becomes hard for them.

Since weather forecasters, climatologists and disaster risk experts have sent a warning signal that more torrential rainfall is expected this year, it is indeed very important to take precautionary measures to curb the menace.

This means that we have to strengthen our preparedness and response capability as a country.

“Prevention is better than cure.” 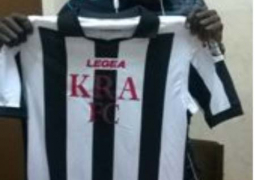 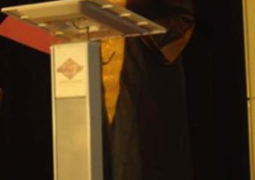 Politicians get out of newsrooms, journalists stay out of politics: Special Rapporteur