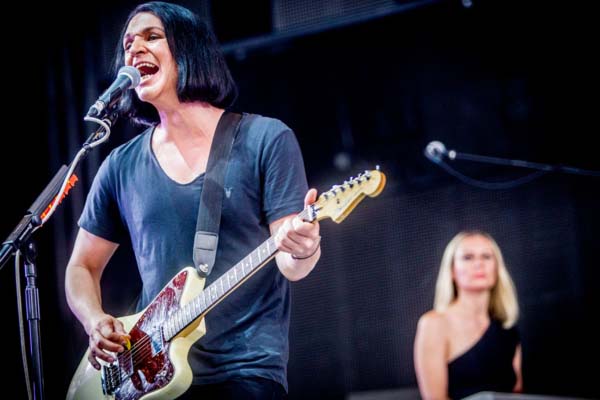 Sziget Festival, recently crowned as the Best Major Festival in Europe by the European Festival Awards, has confirmed that Robbie Williams will headline the starting day of the one week long festival holiday in Budapest.

The Island of Freedom will host the next stop of the ‘Let Me Entertain You Tour’ of Robbie on 10 August (officially called Sziget Day -1) that is included in the 7 Days Pass. Day -1 tickets are also available in a limited number.

Organizers of Sziget Festival are happy to announce that Robbie Williams was added to the lineup.

The program of the 7 days long event is already shaping up: Florence and the Machine, Alt-J, Awolnation, Blasterjaxx, Jamie Woon and more have already confirmed and many more will follow.

Day tickets for Day -1 are available in a limited number of 25.000, but those who have a 7 Days Pass can enjoy all the 7 days, including the massive show of Robbie Williams.

The first 10.000 day tickets are available for 59€ and afterwards they can be purchased for 65€. As in 2014, organizers expect Sziget to be a sold out event, so those who would like to be part of it should purchase their tickets as soon as possible.

Robbie Williams has sold over 70 million albums during his solo career and has won more BRIT Awards than any other artist before. Robbie’s 2010 Brit Award for Outstanding Contribution to Music brought his tally of Brits to an astonishing 17.

Six of Robbie’s albums appear in the all time top100 biggest selling albums in the UK, whilst Williams also holds the record for the most concert tickets sold in one day – 1.6 million in 2006.

These accolades coupled with the honor of playing the largest open air concert in UK history to 375,000 people (an unprecedented three nights at Knebworth in 2003) have meant that Robbie’s status as a live performer has equaled his massive achievements as a recording artist.