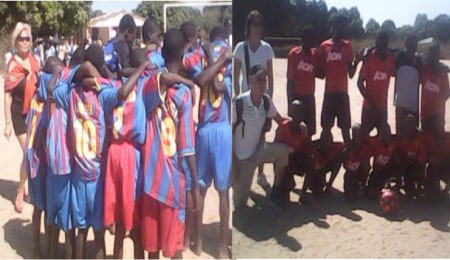 A team named after Sweden on Friday played a 3-3 draw with a Gambian side in a well-contested friendly at the Madiana Football Field.

The friendly attracted large crowd from Madiana and its environs.

The game was witnessed by parents and teachers of the village; children between the ages of 8 and 15 years participated in the friendly match.

Speaking to reporters after the game, BeGe Nilsson, head coach for Sweden, expressed gratefulness to his side for giving him the maximum three points win.

The Gambia has very good and talented players, he said.

However, he noted, the kids need assistance from stakeholders.

Ansumana Dampha, head coach for The Gambia, also stated that the performance of his boys is excellent; he is so far pleased with it.

Winning start for The Gambia