One Karamo Jobe, charged with the offence of breaking and stealing, was recently acquitted and discharged by Principal Magistrate Ibrahim Kijera of the Bundung Magistrates’ Court.

The trial magistrate, in delivering his judgment, stated that the accused was charged with the offence of housebreaking and stealing, and when the charge were read out to him, he denied it.

The accused, in his defence, told the court he bought the said pieces of timbers and transported them, and paid the labourer to offload them, he said.

In evaluating the evidence from both sides, the magistrate stated that the prosecution did not call those two prison officers and one Bakary who was an eyewitness to the scene.

“From the foregoing, I have no iota of doubt in my mind that the prosecution had failed to prove its case beyond all reasonable doubts. The accused is hereby acquitted and discharged,” the magistrate said.

He then ordered for the said timbers to be returned to the accused. 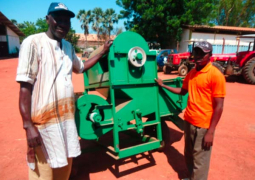