Magistrate Lamin George of the Bundung Magistrates' Court recently ordered one Mansour Njie to pay a bail bond of D10, 000.

Mansour Njie, stood as surety for Alieu Bah and Momodou Sowe, who were charged with the offence of rough and vagabond, wandering and disordering. When the case was called the prosecuting officer, Federa told the court that the two persons are still at large, but their surety is in court.

Mr. Mansour Njie who admitted being a surety for the accused persons told the court that he tried all efforts, but could not trace them.

When asked by the trial magistrate whether he is prepared to pay the bail bond he signed as a surety, he replied in the affirmative. 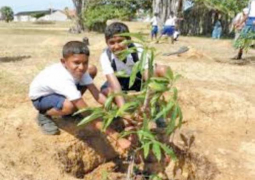