Biran Bah, a supposed Senegalese marabout, was yesterday convicted and sentenced to a mandatory jail term of three months by the Bundung Magistrates' Court for fraud.
Bah who pleaded guilty before Magistrate Fred Foster for obtaining money by false pretence was also ordered to compensate the complainant in the sum of D20,000 in default to serve another six months in prison.
According to the charge sheet, between the months of August and September 2010 at Abuko, the convict, Biran Bah, with intent to defraud had obtained the sum of D70, 000 from one Amie Jobe with the pretext of doubling the said sum.
The facts of the case as narrated by the prosecuting officer, Sgt 438 Njie, revealed that between the months of August and September 2010 at Abuko, the convict went to the complainant's compound to look for a house to rent. He narrated that the house was allocated to him, and later presented himself to the complainant, that he is a marabout.
Narrating further, the prosecuting officer told the court that the convict started to do some marabout work for the complainant and promised her son, one Dodou Njie, that he would take him to Europe by sea.
The convicted person, he added, took the complainant and her son to the bush, and made them to listen to a voice they could not see. He further narrated that the convict demanded an empty bag of rice which was given to him and he put the money in it and went with the bag behind the tree and upon his return the bag was full of money. It was then, he added, the voice told the complainant and her son that they could not take the money until they give some money to the convict.
The convicted person, the prosecution added, demanded the sum of D70, 000 from the complainant, which was given to him. He said the convict also demanded D110 from the complainant to buy perfume to apply it on the money.
Sgt Njie further narrated that the convict advised the complainant not to open the bag until he told them to do so. He added that after sometime the bag was opened and nothing was found other than a piece of cement block and scrap piece of clothes. The matter was later reported to the police, and the convict was arrested at Giboro police check-point where he was searched, and the money was found with him, which he could not explain. 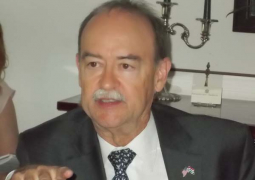