The trial of one Ismaila Colley, the supposed marabout, who is charged with obtaining money by false pretence recently continued at the Brikama Magistrates' Court before Magistrate Abubacarr Secka.

Testifying for the prosecution, Salifu Secka told the court that he recognised the accused person and could recall on 28th January 2010.

According to him, on the day in question, while he was at his house praying one Yerro Jawo came to inform him that the accused had taken him to the bush to wash him with a medicine so as to help him travel to abroad.

He adduced that Yerro further told him that at the bush he found two men; one was standing behind a tree, while the other was on top of a tree.

Still testifying, the witness told the court that he went to the bush to confirm, while Yerro went to report the matter to the police station. He said Yerro also told him that he had paid the accused D10, 000 for the service. 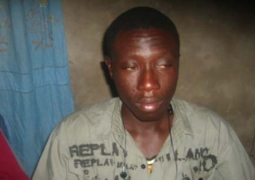