City boys came from behind to share points with Serrekunda West in the other Group A game played at the Banjul Mini-stadium on the same day.

Whipping boys Serrekunda Central have snatched their first victory in the 2012 super Nawettan zonal football tournament after a convincing 2-0 win over Gunjur in group B at the Serrekunda East Mini-stadium on Sunday.

Sukuta beat 2008 champions Bakau 2-1 in another group B clash played at the Serrekunda West Mini-stadium on the same day.

The match between defending champions Lamin against Manjai was called off at the Fr. Gough Sports Complex in Manjai Kunda.

Barra, Essau and Mayamba are leading group A with 5 points in three games. are 2nd with also 5 points in three matches. Serrekunda West and Serrekunda East are occupying 3rd and 4th positions respectively, while Manjai and defending champions Lamin are rooted at the bottom of the group with a single point in two games and a game in hand.

Sukuta are still leading group B with 6 points in three games, Brikama are 2nd in group B with 4 pints, Bakau are 3rd , Serrekunda Central  4th while Gunjur and Brufut are at the bottom with 2 points each, with Gunjur having played more games than Brufut. 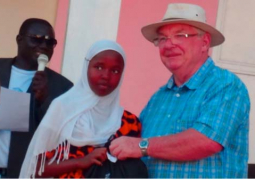 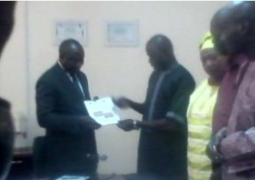