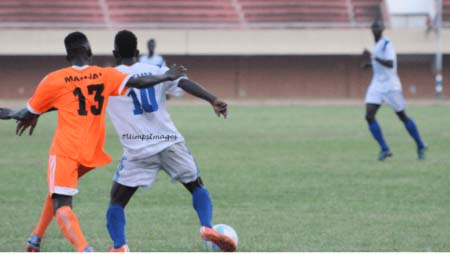 Sukuta will lock horns with Manjai in the group C encounter of the 2019 Africell-sponsored super nawetan competition today, at the Serrekunda West Mini Stadium at 4.30pm.

The Dembadou boys, who defeated Manjai 1-0 in the 2016 super nawetan quarterfinal, will be contend to secure vital three points to increase their hopes of reaching the quarterfinal.

The Manjai boys will vie for vengeance to maintain their hundred percent record in the country’s community biggest showpiece.

Meanwhile, Foni will play against Brikama in group B fixture at the Brikama Box Bar Mini Stadium on the same day.

The Foni boys will scuffle to snatch the significant three points to improve their chances of qualifying for the quarterfinal.

The Satebya boys will compete to grip maximum points to keep their hundred percent record in the annual tournament after defeating Jarra and Kiang United (JAKU) 2-1 in their opening group B game, played at the Box Bar Mini Stadium in Brikama on Sunday.