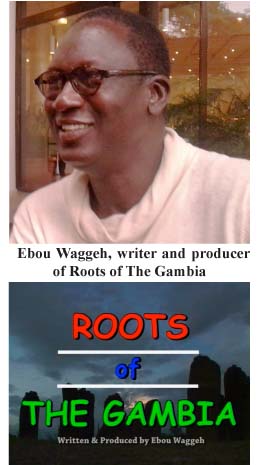 Roots of The Gambia, a film about the people and culture that Kunta Kinteh left behind, has narrowly missed the Best Documentary Award at an international film awards held in Lagos, Nigeria.

The film, written and produced by Ebou Waggeh, founder and CEO of WAX Media, had been nominated out of at least 60 films for the best documentary film category of the keenly contested 2017 Africa Magic Film and Television Awards.

Mr Waggeh, who was a producer at the GRTS television, one of the pioneer producers, recently returned to The Gambia from Lagos, Nigeria, for the awards night held earlier this month.

He was glad that the film that he initiated out of passion and love of culture and The Gambia has gone far in raising the flag of the country to higher heights.

“Though I missed out the award, but I feel like I have won because the nomination alone is a big achievement,” said Waggeh, also a founding member of the jury of M-Net Africa Magic Film and Television Awards, the most prestigious film awards in Africa – the equivalent of the Oscars in America.

When the nominations were open for the award, at least 60 entries were submitted for the Best Documentary Award category alone.

Following series of screening processes, just 6 were nominated for the award and Roots of The Gambia was one of the films.

“So for me, for my film to be nominated out of 60 films from all over Africa means it has definitely stood out and that recognition alone, the nomination alone, is a big achievement for me and The Gambia as a whole because the film is a purely Gambian film, selling the culture and tradition of the country to Africa and the world,” the producer said.

The film, completed in 2016 after more than 10 years in production, is about the people and culture that Kunta Kinteh left behind in The Gambia when he was kidnapped in 1765 from his hometown of Jufureh in Upper Nuimi District.  He was then transported across the Atlantic and later sold into slavery in America.

According to Mr Waggeh, the film shows the life and culture that Kunta would have followed as a young man newly initiated into manhood, if he was not ambushed on his way to find wood to carve a drum.

In ‘Roots of The Gambia’, 15 different cultural practices across the ethnic divide dating back to Kunta’s generation have been dramatised and their cultural and historical significance explained.

It is also one of the documentaries being screened at IREP, an international documentary film festival currently going on in Lagos.

It has also received high ratings at Freedom Park in Lagos where it was shown to Nollywood producers and actors at a club screening.

Something to be proud of

Following his review of the documentary, the director general of the National Centre for Arts and Culture (NCAC), Baba Ceesay, said he found it to be a very rich documentation of Gambia’s cultural heritage, both material and intangible.

“There is no doubt that the film’s nomination for what is considered a very prestigious award is commendable and is something Gambia can be proud of.”

For Mr Ceesay, Roots of The Gambia is not only factual and educative, it can be also used for promotional purposes for the country. 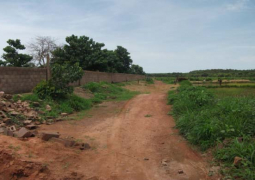 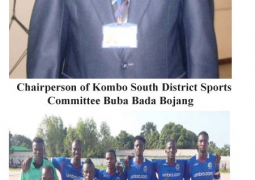