The president of the University of The Gambia Students’ Union has highlighted “some positive developments” which have taken place at the university recently, thanks to the facilitation of the union and the support of the university management.

Ansumana B. Bojang said 650 chairs have been purchased and equitably distributed among all the schools of the university, and also new ceiling fans have been installed for proper ventilation.

According to him, the toilet facilities of the university have been overhauled, and also timely issuance of students’ transcript has been restored and internet facility is also enabled.

Mr Bojang said the positive developments at the university is the result of the UTGSU’s constructive engagement with the university administration to alleviate condition particularly the inadequacy of furniture, poor sanitary conditions, poor ventilation, internet connectivity among others.

He noted that although the positive developments may not constitute a panacea to the challenges of UTG students, it has contributed to reducing the burden of learning at the University of The Gambia.

The UTGSU president said his executive council would not spare any effort in promoting the welfare of the UTG students.

“Upon the coming into office of the Fifteenth Executive Council of the University of The Gambia, a massive meeting that brought together all the sub associations, clubs and societies in the university was held,” Bojang said. “The meeting engendered fruitful discussions which culminated in a complete diagnosis of the teaching and learning condition of students in the university.”

It was this meeting that led to the engagement of the university administration which consequently led to some of the positive developments that took place at the university recently.

Therefore, Mr Bojang said, the executive council of UTGSU is ready to engage the university administration on challenges at the university at all times, and the council also calls on club, association and society presidents to report to council on all matters as it relates to students’ welfare.

“This will ensure quick and proactive remedies for their problems as it is my fervent belief that if UTGSU structures swing in to action, the welfare of students will be optimised,” he said.  “Failure to address problems through administrative channels will not yield much desirable and timely result.  We therefore encourage our membership to make the union the first point of contact anytime challenges emerge rather than resorting to other unconventional means which only aggravate and stall progress.” 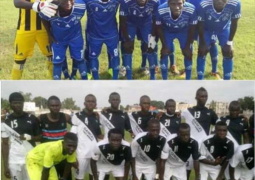 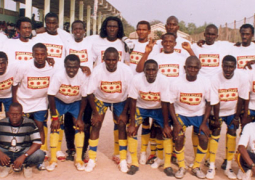