Stitching Hand to Hand in yesterday presented a cheque for D140,000 and a vehicle to the Ministry of Health and Social Welfare in .

Speaking at the handing over ceremony, the permanent secretary at the Ministry of Health and Social Welfare, Matilda Bouye, says the money is meant for the construction of a kitchen for the in Faraffeni. She also says that the vehicle is meant for the Serekunda hospital.

She urged the two beneficiaries to use the resources judiciously and thanked the donors for the timely intervention.

Madam Bouye also says that the health sector requires a lot of resources and calls on partners to emulate the gesture of Stitching Hand to Hand.

Permanent Secretary Bouye also used the occasion to thank the Deputy Permanent Secretary for Technical at the Ministry of Health, Omar Sey, who was very instrumental in soliciting the resources from the Dutch partners for the two hospitals.

Delivering the vote of thanks on behalf of the beneficiaries, Malang Ndong, chief executive officer at the , assured the donors that all the resources given to them would be put into good use.

Present at the handing over ceremony were the Chief executive officer of the , Alagie Saine, and other senior officials of the health ministry. 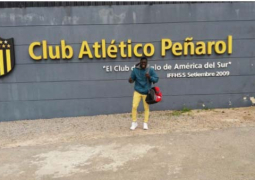 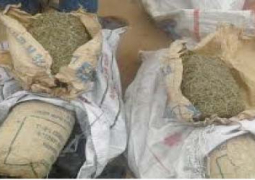