National Codex Sanitary and Phytosanitary Committee (NCSPSC} is the appointed technical sub-committee or taskforce to assist in the study of technical matters in food standard and safety.

To this end the NCSPSC is preparing the adoption of standard food safety policy on seven different food commodities such as bread, bakery, rice, flour, tomatoes and sugar, and has identified technical experts to be members of the taskforce.

The taskforce committee recently gathered at NaNA conference hall in Bakau for a three-day forum to discuss ways of developing standard food safety policy for the country.

In his speech at the opening ceremony of the programme the director of FSQHED, Omar B. Njie, expressed delight at seeing experts coming together to discuss ways of developing standards on essential commodities that are widely used in The Gambia.

He said the forum was another remarkable event in the history of food safety campaign in the country.

“One of the reasons the forum was organised was to set up a standard food safety practice, which is highly acceptable nationally and internationally,” he said, adding that developing a standard food policy on food items such as sugar, tomato and flour was well over due.

Looking at the context, Mr Njie said, “the country is in line with our global partners as far as food safety is concerned.”

Globally, particularly developing countries, numerous food standards linked to the international code of codex and others have been developed, he says.

He also says 80 per cent of the essential food commodities being consumed largely by the population in the country are imported.

“So if we are complacent with the development of standard, we could be overtaken by circumstances, whereby The Gambia could be used as a dumping ground,” he said

For his part, the executive director of NaNA, Pa Modou Phaal, welcomed the participants and the idea of developing a food standard policy.

“It is a collective responsibility to ensure that a standard food safety policy is recommended and accepted,” he said. 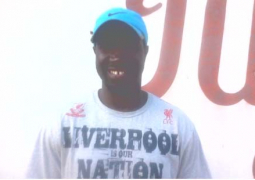