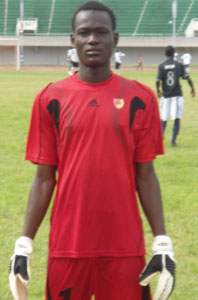 Steve Biko and Brikama United have been knocked out of the FA Cup competition following their defeats in the hands of the Gambia Ports Authority and Wallidan.

Brikama United’s hope of adding one more trophy to their cabinet was all but over after they suffered a 3-2 elimination against the blue boys Wallidan in the preliminary rounds of the Gambia Football Association’s sponsored FA Cup competition, Point Sport has gathered.

Wallidan who failed to make an impact in the just ended GFA league following strings of poor showing, beat the West Coast Region outfit thanks to a dramatic penalty shootout after a deadly goalless draw at the Serrekunda East Mini-stadium yesterday.

It was yet another bad result for the Bakau giant killers Steve Biko who lost to the Gambia Ports authority 1-nil in the other FA Cup encounter at the KG5 Mini-stadium in Banjul yesterday.