About the latest Fifa rankings

In the latest Fifa rankings, The Gambia's Scorpions dropped 76 points to land at 102 position.

Their current score 285 has placed them 9 places down, as compared to the May 10th filings. Despite a poor showing at the global level, The Gambia is 24 in , that is, two places down from its previous rank.

While the Scorpions are witnessing this fall, the national teams of other countries, such as , , , and The Netherlands have triumphed.

s Black Stars have moved up nine places to 23.

The Black Stars got as far as the quarter-finals at the tournament, and only lost out on a semi-final berth on penalties to become s second highest placed team in the world rankings.

The Scorpions had an unconvincing and disappointing 5-1 defeat to Mexico in an international friendly game, played in Beryruth, Germany, before the just-concluded World Cup in South Africa.

The Gambian team is under the tutelage of the Belgian tactician Paul Put, who blamed the Scorpions' poor showing in Germany to the absence of some key figures, such as Finland-based midfielder Dawda Bah, the MLS trio Sainey Nyassi, Sanna Nyassi and Abdoulie Mansally, among other notable absentees, as well as the lack of enough preparation prior to the friendly.

The defeat has angered some football fans, who attributed the team's dismal performance to the lack of enough preparation, compared to their opponents, who were involved in seven competitive and high-profile test games, including their 3-0 demolition against prior to the encounter.

By now the Scorpions need a team, and more training and friendlies before September to prepare for the qualifiers.

The good news is that another friendly has been arranged by the Gambia Football Association with , slated for 11th August in Pelgid, Isreal.

If the words of Coach Paul Put are anything to go by, then urgent action is needed to spearhead the country’s campaign, so as to avoid repeating our previous setbacks, and making it impossible to qualify for our first-ever continental outing at senior level. 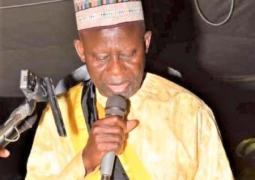