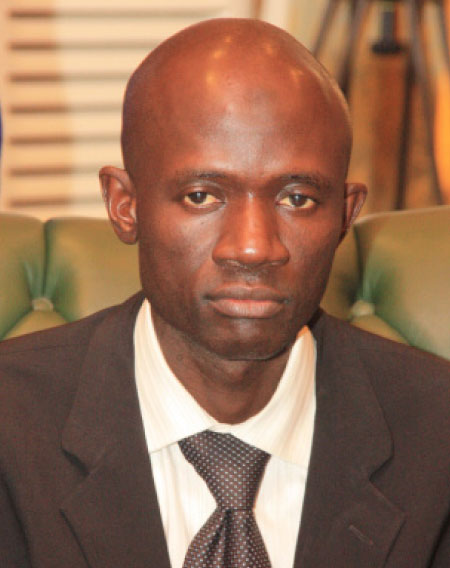 Sports minister Alieu Jammeh yesterday urged the GNOC leadership and its feuding partner, the opposition camp, to quit running or having any interest in running the National Olympic Committee, since both sides have demonstrated that they cannot work in unity and are derailing the massive financial and human resource investment government and President Yahya Jammeh, in particular, have been doing to uplift sports in the country.

‘Since 2008 to date, a colossal D100 million has been spent by the president and his government in sport,’ Jammeh told journalists at a press conference, adding that the current bickering and negative developments such as the GNOC saga are not helping the nation.

‘For far too long we have been asking for common sense in the GNOC matter. Government has been very patient, engaging and seeking unity of purpose in sports throughout the country, but the response had not been positive.

‘The past weeks have shown there is no sign of that unity in the GNOC saga, and time has come for us to hold the bull by the horns. I’m calling on all those concerned, all the actors, to voluntarily retire to enable others take over in the interest of the athlete, the youth and the nation.’

The minister further made it clear that Government would not be found wanting in its responsibility, as there is a lot of work to be done in Gambian sports to uplift it to the level that we all desire.

‘Fighting, bickering and rancor is not taking us anywhere,’ the minster said.

He repeated that his ministry is not and will not take sides with any group in this saga, but will protect the interest of the athlete. He said the decision to put aside the recommendations of the Sports tribunal report was done in the spirit of oneness which led to a six-point agreement it its place.

‘But while the rest of the six-point agreement has been effectively implemented, the last clause which calls for the warring parties to prepare to hand over to a younger generations, has not been honoured. We did not put a timeframe to it because we know succession is a tedious process and so we leave it to the goodwill of the parties to work on some agreement. If they were genuine, they could have started working on that a long time ago,’ he said.

Mr Jammeh further said the parties could have worked on sharing positions; elect a president here, a vice president from there, as a way of compromise, but nothing has happened; and now that the court has been involved, and we may end up arguing for the next three years on who becomes the president of the GNOC.

‘Where is that going to get us in our sport?’ he asked.

‘So our position now is for them to leave peacefully and quietly, because government at some stage must take its rightful position. I do not want to speculate on that, but government in consideration of all dynamics, internal and external must take its rightful position in any matter that is going out of control. Our message at this stage is that since they have demonstrated that they cannot work together, let them leave as a first move,’ he emphatically stated.

Asked specifically which people he is calling on to go, Mr Jammeh said he meant the GNOC leadership and its opposition camp.

“I have gone out of my way to personally engage people one to one to seek a common purpose in this saga, but to no avail. As a government, when you delegate responsibilities and felt they are not been carried out properly, you take your right position and that is what we are doing now,’ he concluded.

Mr Jammeh was assisted by assistant director of Sports Sutay Jawo and senor staff of the National Sports Council.

The press conference took place at the Independence Stadium, and there was also an appeal to the media to help disseminate positive and accurate information.