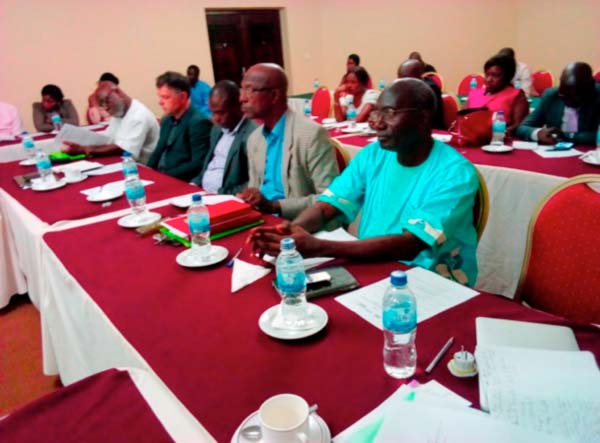 The Strategic Framework for Media Sector Reform in The Gambia was on Thursday 17 August 2017 launched at the Ocean Bay Hotel and Resort where it was presented to stakeholders.

The past administration of The Gambia implemented measures that restricted media freedom and repressed journalists as well as other human rights defenders in the country.

For over 22 years, the former regime was characterised by gross and systematic human rights and freedom of expression, violations, including extrajudicial killings, enforced disappearances, torture, arbitrary arrests and detentions, physical attacks and censorship.  Many of the victims were journalists, human rights activists and private citizens.

Following a change of government, The Gambia is currently in a process of rebuilding herself to a country that enjoys democracy and good governance.

An important requirement in the rebuilding process is a vibrant and professional media that plays an effective role in ensuring inclusive, participatory and transparent governance processes while mobilizing and informing citizens about their roles and responsibilities in the democratic transition process.

In light of the foregoing, the Gambia Press Union (GPU), and its partners, the Media Foundation for West Africa (MFWA), the International Media Support (IMS) and Gambia Media Support (GAMES) decided to initiate a project for the development of the media in The Gambia to play its rightful role in assisting in the rebuilding of democracy in the country.

The strategic framework looks at key issues such as legal and policy reforms, capacity development and institutional strengthening.

In his keynote address and launch of the framework, Hon. Demba Ali Jawo, Minister of Information and Communications Infrastructure, said the forum, which maybe long overdue, is relevant in the new dispensation of the country, adding that the role played by the media as the fourth estate is very crucial in any political dispensation, especially in the promotion of democracy, good governance, and freedom of expression hence needs access to information.

The media and journalists are important in promoting transparency, accountability and governance on behalf of citizens, he said.

He said a joint and collaborative media sector reform process was initiated by the Ministry of Information and Communication Infrastructure (MoICI), and GPU in partnership with MFWA, IMS and GAMES.

A 12-member group was set up to develop a strategic framework to guide the media reform process. The group, made up of local and international media experts that include media managers, editors, regulators, academics, lawyers and policymakers, has been constituted.

Through a series of workshops and consultations, the expert group has come up with a comprehensive strategic framework that will guide the entire media sector reform process in The Gambia.

According to Hon. Jawo, his ministry welcomes the intervention and therefore extended their sincere gratitude and appreciation to partners for the laudable initiative.

Freedom of expression is the cornerstone of a democratic society, he noted, saying as media practitioners “we should safeguard public interest through dissemination of factual and reliable information”.

He urged the media to be supportive in combating fake information and what is tantamount to hate speech, especially on social media, in order to maintain the cordial relations it is enjoying with the new government.