The Women Journalists Association of The Gambia (WOJAG) is pleased to announce that it has legally registered with the Attorney General’s Chambers, Ministry of Justice, on 6 June 2016.

WOJAG is a not-for-profit, non-religious and non-partisan organisation set up in June, 2011, by a group of women journalists drawn from both print and electronic media in the Gambia.

The organisation aims to promote the rights and welfare of women in the media and by extension, women and girls in the country.

Mrs Sarjo Camara-Singateh, the president of WOJAG, said “The formation of this association is an important milestone in the history of journalism and women’s empowerment in the Gambia.

“Women in the media are faced with a lot of challenges. But their situation is not very different from what the greater number of Gambian women are faced with. There are capacity gaps, gender stereotypes and abuses. So, we aim to empower them to promote gender equity in the media as well as enable them to contribute effectively to the uplift of women in The Gambia.”

Among the aims and objectives of the association is to encourage members to promote the expression of diversity of views and opinions by women, in line with the provisions of the constitution and other domestic instruments, such as the Women Act, Domestic Violence Act, Sexual Offences Act and FMG Act.  .

WOJAG primarily seeks to enhance professionalism among women journalists through capacity building and will build partnership with individuals and organisations interested in the empowerment and development of women.

The association is open all female journalists and young women aspiring to become journalists.

Our appreciation goes to the Gambia Press Union, GAMCOTRAP, Child Protection Alliance, West Africa Journalists Association and African Centre for Democracy and Human Rights Studies for their various supports over the years. 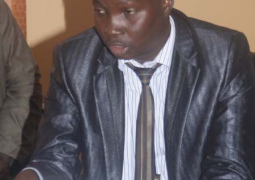 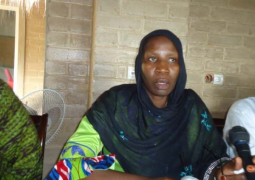