The Attorney General and Minister of Justice has withdrawn the criminal charges preferred against five former officials of the Ministry of Agriculture.

They were indicted with two counts of neglect of official duty, 8 counts of conspiracy to commit felony, 3 counts of altering false documents and 4 counts of forgery.

The five former officials were on Monday 14 August 2017 discharged by the High Court in Banjul presided over by the vacation judge, Zainab Jawara-Alami, following the nolle-prosequil filed by the State.

The trial judge declared that pursuant to the nolle-prosequil filed by the Attorney General and Minister of Justice under section 85(1) (c) of the constitution and section 64 of the Criminal procedure Code dated 8 August 2017 and filed on 14 August 2017, the former Agric officials were discharged as well as their sureties.

Growing up too quickly in childhood, increasing worrying of parents for early puberty of their children 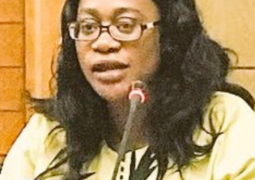