State prosecutors yesterday responded to the defence counsel's objection in the ongoing trial of 12 foreign nationals at the Banjul Magistrates Court before Hilary U Abeke.

Defence counsel representing the accused persons had earlier objected to the new charge filed by the state against them on the grounds that it was incompetent and incurably bad in law.

State counsel NB Jones told the court that the charge before the court is not ambiguous, and is certain in law.

Responding to defence counsel's submission that more than one offence has been indicated in the particulars of offence, she said the accused persons were charged with conspiracy to traffic cocaine and other prohibited drugs, which is known in law.

Concerning defence counsel's claim that the charge lacked specificity by using the words "other prohibited drugs, and about more than two and half tonnes", the state prosecutor said the defence has not objected to the particulars of offence as framed by the prosecution.

According to her, the defence counsel in their submission referred the court to section 113 of CPC, which according to the state counsel was irrelevant to the defence objection.

She further submitted that the defense counsel referred the court to section 113 of CPC, which should not be subject to objection.

State Counsel NB Jones further submitted that the prosecution in drafting this charge sheet used the exact words that the accused persons conspired among themselves and others at large to traffic cocaine and other prohibited drugs.

She further told the court that the charge before the court was simple, not ambiguous and was certain in law.

That the particulars of offence stated that the accused persons conspired among themselves to traffic in prohibited drugs was reasonably clear, as far as the offence of conspiracy was concern.

Regarding defence counsel's submission that his client's names were wrongly spelt, and that the wrong persons may be brought before this court, she said the issue of the names in the charge, she said what is most important is to identify the accused persons in accordance with the law.

She, therefore, urged the court to overrule the defence counsel's objection to the charge. 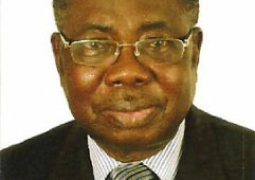 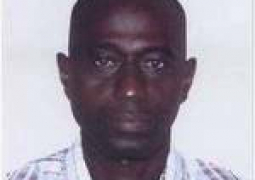