The Director of Public Prosecutions (DPP), S.H. Barkun, yesterday informed the court that he had filed a new bill of indictment against some Fisheries ministry officials, before Justice Abi of the Banjul High court.

When the case was called, Hawa Sisay-Sabally represented the 4th accused while DPP Barkun appeared for the state.

The rest of other defence lawyers were not in court.

All the nine accused persons in the earlier indictment were all present in court.

DPP Barkun informed the court that he had filed the new bill of indictment.

The defence counsel H.S. Sabally said she had not been served with the indictment.

Justice Abi also said the new bill of indictment was not yet before the court.

DPP was the only one in court with a copy of the indictment.

The new bill of indictment filed by the DPP showed that the state has decided to charge three fisheries officials, out of the nine accused persons earlier arraigned before the Banjul Magistrates’ Court, on an eleven-count charge ranging from multiple counts of neglect of official duty, economic crime and abuse of office. 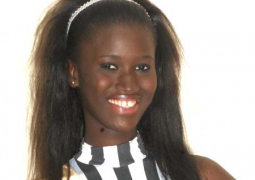