Defence counsel Amie Jobe, who is representing Isatou Saidy, Lele Bojang, Sukai Dahaba, Kaddy Samateh, Fatoumatta Sarr and Amie Touray, yesterday told the court that the application made by the state counsel, S.K. Jobe, for the arrest of Sukai Dahaba, who was not present in the courtroom, was premature.

The accused persons were charged with seven counts of conspiracy, unlawful assembly, riot, incitement of violence, riotously interfering with vehicles, holding procession without a permit and disobeying an order to disperse from an unlawful procession.

When the case was called, defence counsel Amie Jobe rose and told the court that she was representing the accused persons.

State counsel S.K. Jobe then stood up and said he was representing the state along with A. Sambou.

He then told the court that Kaddy Samateh and Sukai Dahaba were not present in the courtroom.

Defence counsel Amie Jobe then applied for a stand down to find out the whereabouts of the accused persons.

Her application was granted, and the case was stood down. Later, Kaddy Samateh walked into the courtroom.

When the case resumed, Amie Jobe told the court that Kaddy Samateh, who was absent, had walked into the courtroom, and that she did not know the whereabouts of Sukai Dahaba, who did not show up.

S.K. Jobe then applied to the court to issue a bench warrant for the arrest of Sukai Dahaba.

Defence counsel Amie Jobe argued that Sukai Dahaba had never been absent, adding that this was her first time to be absent and she should be given an opportunity to appear in court.

S.K. Jobe responded that there was no provision in a criminal case that provides the number of days or time for which the accused person should be present to answer charges before the court.

He further argued that he saw no basis for the immaturity of his application as stated by the defence counsel.

Amie Jobe then rose and told the court that S.K. Jobe should reply on points of law.

He urged the court to disregard the defence counsel’s submission.

Magistrate Abeke then ordered for the arrest of the surety of Sukai Dahaba to be brought to court. 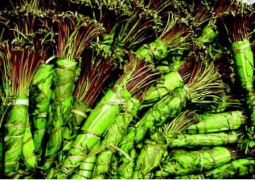