Concerning a aeligion's inner or outer orthodoxy frithjof Schuon speaks clearly and precisely: "for a religion to be considered intrinsically orthodox - an extrinsic orthodox hangs upon formal elements which cannot apply literally outside their own perspective - it must rest upon a fully adequate doctrine. Then it must extol and actualize a spirituality that is equal to this doctrine and thereby include sanctity within its ambit both as concept and reality; this means it must be of Divne and not philosophical origin and thus be charged with a sacramental or theurgic presence.

... Being in accord with a doctrinal or ritual form, and also, and indeed above all, with the truth which resides in all revealed forms; thus the essence of every orthodox is intrinsic truth... And not merely the internal logic of a doctrine that may turn out to be false.

To give an example, it can be said that Buddhism is extrinsically heterodox in relation to  Hinduism, because it makes a departure from the basic forms of the latter, at the same time intrinsically orthodox, because it in accord with that universal truth from which both traditions proceed."

In order to provide a deeper insight into the difference between intrinsic and extrinsic orthodoxy the relationship between exotericism and esotericism will be briefly explained. First, an explanation of exotericism "Exotericsm never goes beyond the 'Ietter'. It puts its accent on the Law, not on any realization, and so puts it on action and merit. It is essentially a 'belief in a 'letter or a dogma envisaged in its formal exclusiveness, and obedience to ritual and moral Law. And further, exotericism never goes beyond the individual; it is centred on heaven rather than on God, and this amounts to saying that this difference has for it on meaning."

What characterizes esotericism "to the very extent that it is absolute, is that on contact with a dogmatic system, it universalizes the symbol or religious concept on the one hand, and exteriorize it on the other; the particular or the limited is recognized as the manifestation of the principle and the transcendent, and this in its turn reveals itself as immanent."

And further: "if the purest esotericism includes the question of 'orthodoxy in the religious sense clearly cannot arise: direct knowledge of the mysteries could not be 'Moslem or 'Christian just as the sight of a mountain is sight of a mountain and not something else.

The exoteric point of view is "doomed to end by negating itself once it is no longer vivified by the presence within it of the esotericism of which it is both the outward radiation and the veil. So it is that religion, according to the measure in which it denies metaphysical and initiatory realities and becomes crystallized in literalistic dogmas inevitably engenders unbe.

Life; the atrophy that overtakes dogmas when they are deprived of their internal dimensions recoils upon them from outside, in the form of heretical and atheistic negations."

Hence it is necessary to refer to religion; s spirituality or religion; s esoteric dimension.

A religion is indeed " not limited by what it includes butt by what it excludes, this exclusion cannot impair the religion's  deepest contents - every religion is intrinsically a totality - but it takes its revenge all the more surely on the intermediary plane . the arena of theological speculations and fervours. (Hence) extrinsic contradictions can hide an intrinsic compatibility or identity, which amounts to saying that each of the contradictory theses contains a truth and thereby an aspect of the whole truth and a way of access to this totality.

In contrast, the exoteric claim to the exclusive possession of a unique truth, or of truth without epithet, is "an error purely and simply, in reality, every expressed truth necessarily assumes a form, that of its expression, and it is metaphysically impossible that any form, should possess a unique value to the exclusion of other forms; for a form, by definition, cannot be unique and exclusive, that is to say it cannot be the only possible expression of what it expresses."

The diversity of religion does not demonstrate the incorrectness of the various doctrines of the supernatural.

It rather shows that revelation lies beyond the forma; whereas human comprehension has a forma; nature.

According to this the essence of every religion - or enligthenment - is always the same. The diversity on the contrary arises from human nature.

This concise and fragmentary comparison of religious pluralism and the transcendent unity of religions aimed at two things: first, to deepen the understanding of every single religion. And second, through the relisation of the esoteric and spiritual dimension of this recognize the transcendent unity of all true religion. To understand every single religion.However not only requires in studies, but above all demands the ac acceptance of the authentic self-conception of the religion.

The realization of the metaphysical doctrine goes even further. It means to follow a spiritual path that ultimately leads to immediate love and gnosis of the divine Truth itself.

An outstanding example for such a spiritual path is the life and work of Ibn Arabi who wrote in his famous Tarjuman Al- Ashwaq out of his own mystic and theosophic experience, the following marvelous verses:

My heart has become capable of every form.

A pasture for gazelles.

A convent for Christian monks..and others.

For more Information go back to our past articles. 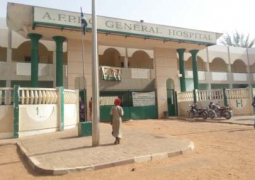