State prosecutor in the case involving the former Director General of the Gambia Immigration Department, Buba Sanyang, yesterday told the court that the state was waiting for instructions from the office of the Director of Public Prosecutions.

Buba Sanyany was arraigned before Principal Magistrate Hillary Abeke of the Banjul Magistrates’ Court and charged with abuse of office.

During yesterday’s hearing, state counsel K. Tom informed the court that the prosecution had forwarded the case file to the office of the Director of Public Prosecutions for possible prosecution, and they were waiting for the instruction to go ahead with the case.

In response, defence counsel Lamin Camara said they were not opposing the application made by the state prosecutor for an adjournment to receive the instruction from the office of the DPP.

Ex-Director General Buba Sanyang, alias “Zil” was alleged to have on 28 October 2013, at the immigration headquarters, in the city of Banjul and diverse place, abused the authority of his office as the director general of the Gambia Immigration Department, by issuing an entry clearance to Ali Chahin, a Syrian national and Hussein Abs, a Lebanese national, without following the appropriate immigration procedures, and thereby committed an offence.

He denied the charge and was subsequently granted court bail of D5 million with a Gambian surety who must have landed property within the Greater Banjul Area, and the surety should also deposit his or her identification card with the registrar of the court. 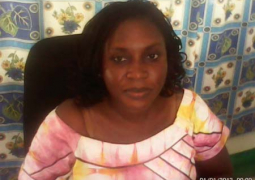