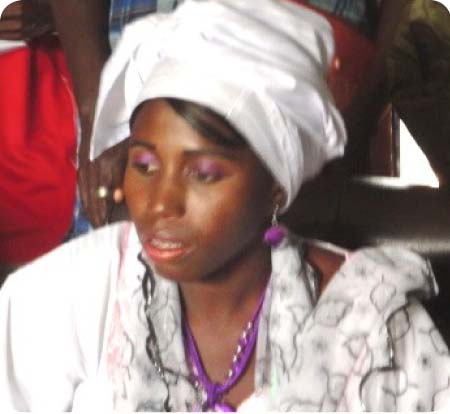 The ruling Alliance for Patriotic Reorientation and Construction (APRC) has retained the seat in the National Assembly, after winning the bye-election in the Kiang West district of the Lower River Region, which has a voter population of 9330 registered voters.

The bye-election, held yesterday in Kiang West constituency, brought together Menata Njai of the APRC and Pa Touray Bajinka of the opposition National Reconciliation Party, NRP.

According to our correspondent who witnessed the counting of votes in the Lower River Region, Menata Njai of the APRC polled 3, 703 votes while Pa Touray Bajinka polled 509 votes. There were three invalid votes.

A native of Kolley Kunda in the Kiang West district, APRC’s Menata Njai told reporters shortly after the declaration of results that her priority would be the reconstruction of the road in Kiang West.

The Kiang West constituency National Assembly seat became vacant following the expulsion of Hon. Yahya Dibba by the APRC party earlier this year after the party said that he was found to have conducted himself in a manner that runs contrary to the rules of the APRC, and the party cannot accept such behavior from its membership.

There are 48 elected members in the National Assembly among them four independent candidates and one from the opposition National Reconciliation Party (NRP).

There are also five other members nominated by the President among them the Speaker, Hon. Abdoulie Bojang.