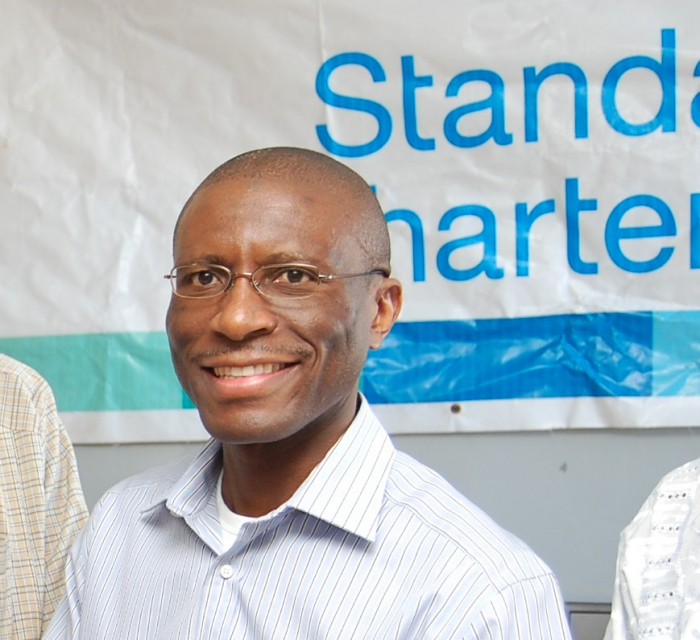 Officials of Standard Chartered Bank (SCB) in The Gambia yesterday presented to the Vice-President food and non-food items for onward distribution to disaster victims in the country.

The gesture is part of the bank’s corporate social responsibilities. The bank officials donated 30 bags of rice, 30 bags of sugar, 30 gallons of oil and detergents.

The chief executive officer and managing director of SCB, Humphery Mukwereza, headed the delegation to State House in Banjul.

The SCB delegation included Steve Thompson, regional head of wholesale bank operations Africa, MENA, & Pakistan, and Scott Gernon, regional head of client service group Africa, who are in the country for a two-day working visit, as well as other bank officials of the bank.

In presenting the items to Vice-President Isatou Njie -Saidy, Mr. Humphery said: “Standard Chartered Bank is pleased to complement the efforts of the Government of the Gambia in the development of the nation.”

In the past years, he added, they have rendered support to the health sector through their “Seeing is Believing” initiative and local partnerships with the Ministry of Health.

“Today, we are here to complement government’s disaster relief efforts for the flood victims of 2010 rainy season. We are here to present 30 bags of rice, 30 bags of sugar, 30 gallons of oil and detergents”,  he announced.

He said their guests Steve and Scott are delighted to be making the presentation on behalf of the bank.

“They are passionate about community work, and we wish they are staying longer to give more support to the community. It is our hope that these items will help to alleviate the challenges of the flood victims,” the local SCB CEO said.

Humphery thanked the government for providing a conductive and peaceful environment, in which they live and conduct business.

In appreciation of the gesture, the Vice-President who is also the chairperson of the National Disaster Governing Council, applauded SCB for fulfilling their corporate social responsibility by alleviating the plight of the disaster victims.

The Vice-President assures the bank that the government will continue to create the enabling environment for business, adding that the donated items will go a long way in helping the affected disaster victims and government relief efforts.

Lamin Nyabally the permanent secretary at the office of the vice-president ,expressed similar sentiments, and thanked the bank for the gesture.