Magistrate Omar Cham of the Banjul Magistrates’ Court yesterday warned the prosecutor in the trial involving Tina Faal to proceed with the case on the next adjournment date.

This followed the application made by the prosecutor to adjourn the case.

When the case was called, the police prosecutor, Sarja Sanyang, told the court he was representing the IGP.

Lawyer Combeh Gaye rose and said she was representing the accused.

The prosecutor then applied for an adjournment, saying he did not have the adjournment date, which was on 22 August 2016, in his diary, adding that the case was supposed to proceed on 18 August 2016, for hearing.

He stated that he knew in the morning of 22 August 2016 that the case was coming up on the very day.

Prosecutor Sanyang further stated that his witness was not available, which was why he was applying for an adjournment.

Defence counsel Gaye stood up and told the court that the reasons given by the prosecutor to adjourn the case were not genuine.

She said that on 18 August 2016, the matter was set for hearing, but the court did not sit.

She further stated that she made an effort to liaise with the clerk for a date, which was 22 August 2016.

She argued that the prosecution witness works in Banjul, and was aware of the adjournment date.

She then urged the court to discharge the accused, as the accused is being detained.

Prosecutor Sanyang also said he was applying for an adjournment under section 69 of the CPC, but did not intend to waste the time of the court.

He stated that he was sick, adding that he maintained his position on the accused person’s condition.

Magistrate Cham ruled that he would not discharge the accused, but warned the prosecutor to proceed with the case at the next adjournment date.

The case was subsequently adjourned for hearing today. 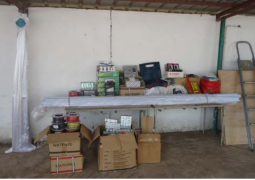 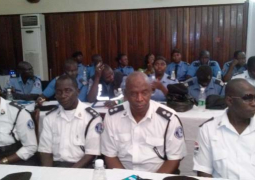 New Landing Point for Gambia in the Offing