The Trade, Investment and Taxes Committee of the West African Monetary Zone  (WAMZ) recently held a two-day technical meeting at the Paradise Suites Hotel. During the course of this meeting there were some extremely interesting revelations which we as a nation and our neighbours in the region should study closely.

The Director of Operations of the West African Monetary Institute (WAMI), Mr. C.O. Odiaka, stated that travelling by roadin is increasingly becoming like a bad dream. " In some corridors, reports have indicated, there are up to 7 check points per 100km, essentially mounted for extortion and the harassment of travelers," he said.

This is a very serious situation as it hampers the movement of goods and essential supplies. Unfortunately it is only the tip of the iceberg. Mr. C.O. Odiaka went on to say the main issues associated with road transportation as of today include delays not only at the border posts and official checkpoints, but delays and stopping of vehicles at informal and illegal checkpoints and lack of coherence in paperwork and its application.

Mr. C.O.Odiaka went further to say that studies in 8 West African countries, as reported by the ECOWAS Commission, showed net transport cost of US$30million due to multiplicity of barriers, bribery and corruption and harassment of travelers. " Some studies have also shown that the cost of transporting a container by road from to (400km) cost 3 times as much as transporting the same container from Europe to ," He said.

This is an incredible fact. It truly shows the scale of the problem we are facing. As fuel prices rise so will the cost of transport. This will be true all over the world but because of the issues faced by us in the costs faced will be significantly higher. This disadvantages us in a very significant way. This will lead to a rise in the price of transported goods and put many of them outside the price range of many people.

Something must be done to address this issue and done very quickly. We must ask the question of why this is happening? In many cases the police will be driven to extracting bribes because they feel it necessary to supplement their income. This is not a justification of what they do but simple recognition of economic reality. If the issue of wages was addressed it might impact the problem in a very real way. What is also needed is strong leadership from with the police force and strong action from government. Any officer who is aware of another who is extracting money from any member of the public must be provided with a way to bring it to the attention of the authorities privately and without fear of retribution. If such a system were in place then it would certainly dissuade some officers from engaging in the practice. A similar facility must be available to members of the public who have had money taken from them in this way.

However we address this problem we must do so immediately. The figures quoted above are too significant to be ignored. We face many problems with solutions which are beyond our control but this situation can be easily addressed as we ourselves are the main cause. There must be zero tolerance when it comes to corruption and a clear message must be sent that those who engage in it will not go unpunished.

"We make our friends, we make our enemies; but God makes our nex-door neighbour". 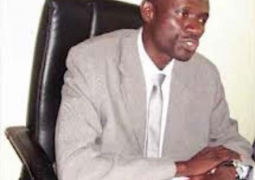