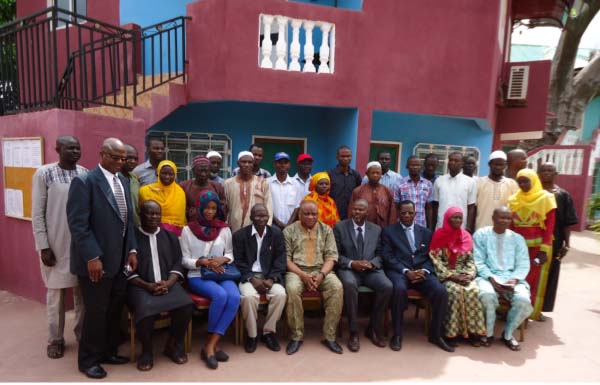 A four-day training for breeders and seed technologies on variety cataloguing in the implementation of the harmonised regional seed policy is currently underway at the Baobab Resort Hotel.

The training, which brought together various participants from the private sector, NGO and Ministry of Agriculture, was organised and funded by INSAH/CILSS in collaboration with the West African Seed Programme (WASP) and the National Agricultural Research Institute (NARI).

The objective of the training was to support ECOWAS, UEMOA, and CILLS states to update their national catalogue of plant species and varieties in the formal agreement regionally and in the strict compliance with the provision of harmonized regional seed regulation on the basis of DUS and VCU tests and the use of IT Data management software.

In his opening remarks, deputy permanent secretary of Ministry of Agriculture, Assan Jallow, said the goal of WASP was to expand both the production and supply of quality improved seeds from 12 per cent the current rate, to 25 per cent over the five years of the programme.

He thanked NARI for their steadfastness in their quest to ensuring quality delivery in seed systems as enshrined in the national seed policy and the ECOWAS harmonised seed regulations.

He stressed that the Government of The Gambia recognised the fundamental importance of agriculture for achieving food security and improving the wellbeing of the population.

The proper use of quality seeds of adapted and improved varieties is a prerequisite in enhancing quality crop production in the country, Mr Jallow said.

He noted that effective control and coordination of the sources and supply of seed was a prominent feature of a science-based approach to agriculture, adding that quality seeds alone was known to account for at least 10-15 per cent increase in productivity.

Morro Manga, head of the seed programme at NARI, hailed INSAH/CILSS and West Africa Seed Programme (WASP) for choosing The Gambia to take part in the training.

He described seed as the most vital inputs for sustainable increase in crop production, because the quantitative availability of quality seeds of improved cultivars is considered crucial for realizing productivity and adoption of cultivars in different agro-climatic conditions.

He also stated that the seed sector in The Gambia is dominated by informal supply systems with farm-saved seeds accounting for approximately over 80 per cent of planted seeds for most crops, particularly rice.

For this reason, he added, the government attaches high priority to sustainable agricultural development in the wider context of strengthening growth, especially the rural economy.

Manga further said that The Gambia could therefore fast-track her national seed system development process by learning from the expertise, experiences and transfer of technologies of countries such as India with great advances in agricultural development and a global reference in crop seed sector development.

He thanked CILSS and WASP for providing technical and financial support in conducting the training in the quest to build a sustainable seed system for The Gambia.